Valiant has released its solicitations for its publications available in comic stores come July 2013. 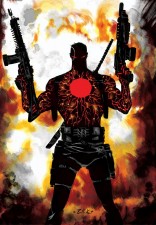 From the darkest days of World War II and Korea, and through the hell of Vietnam and Afghanistan, Bloodshot’s origin leaves a bloody trail of discarded lives and forgotten families. But which memories are real? Which families? Which children? Is Bloodshot many men…or no man at all? Is he simply a soulless killing machine or something more? Who is responsible? And why have they engineered the most dangerous weapon ever conceived by man? This issue holds the answers…but also reveals that we may have been asking the wrong questions all along… 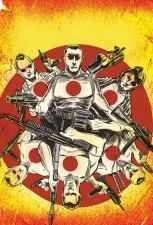 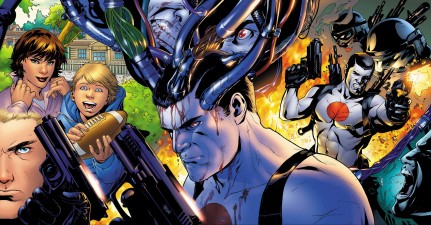 In the wake of Harbinger Wars, start reading here as Joshua Dysart and new series artist Barry Kitson (Amazing Spider-Man, FF) begin the next year of Harbinger with a mind-bending trip to the outer limits of the Valiant Universe!

It’s been a brutal few months for Peter Stanchek and the Renegades, culminating in the harrowing events – and losses – of the Harbinger Wars. But now the members of the team have woken up to the Best. Day. Ever. As Lou Reed sang, it’s just a perfect day, problems left all alone. But for Peter Stanchek – a kid who deserves a good day – something seems off…like all is not what it seems…

Off to a bad start!

Eric and Woody Henderson have accidentally blown up their father’s life’s work – and themselves along with it! Now, as their bizarre new superpowers begin to manifest, will they be able to outmaneuver the squad of trigger-happy cops that think Eric and Woody are to blame for their dad’s murder? Plus! The mysterious cabal targeting the world’s worst superhero team only gets creepier. Seriously, it’s like an iceberg of creepy. Only 10 percent is showing! And Quantum and Woody are about to crash right the %$!@ into it!

X-O Manowar and the Eternal Warrior. Once they were brothers-in-arms, comrades sworn to the same cause. But now they find themselves on opposing sides of a battle for the very fate of civilization itself. Aric of Dacia, and the immense power that he wields, have the potential to the plunge the world into a new era of war, and the only man who can broker a world peace also happens its to be its most fearsome warrior. But can Gilad settle this conflict with words rather than weapons? And does he know how? As the world watches, two of Valiant’s most fearsome heroes will meet once again – and the outcome of their latest clash will decide the fate of us all.

Caught in the jaws of the Faraway!

General Redacted has laid claim to the greatest secret in a time-lost dimension that’s practically built on ‘em. Must be a doozy, huh? Well, it’s big enough that Redacted and his army of alien greys are laying waste to anyone and anything that approaches their occupied lands of the Faraway. Now, it’s down to Archer & Armstrong to run the greatest infiltration/liberation/inebriation mission history has ever known, which would be a cakewalk if its wasn’t for all the UFOs, hostile natives and, of course, the dinosaurs. Yup, could definitely do without those dinosaurs. 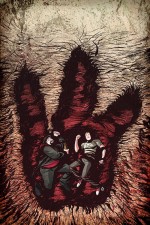 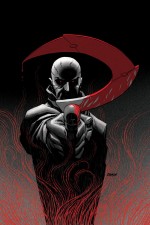 The deepest cut of all.

Jack suffers a devastating betrayal as Master Darque’s ultimate plan stands revealed. Now, with the Brethren on the verge of wiping out Dox and the Abettors and the Deadside threatening to explode into our world, Jack will have to call on everything he’s got to stop them…or lose everything trying.

The invasion is here – and X-O Manowar is the invader! From superstar creators Robert Venditti, Cary Nord and Trevor Hairsine, jump on board one of the year’s most ambitious series as X-O Manowar ignites an interstellar war and changes the landscape of the Valiant Universe forever!

Aric of Dacia, a fifth century Visigoth armed with the universe’s most powerful weapon, is all that stands between the Earth and all-out annihilation at the hands of the alien race that abducted him from his own time. Now, the day of Aric’s reckoning has finally come. As his Visigoth forefathers sacked Rome, Aric will take the battle directly to his oppressors on the Vine homeworld of Loam. He will decimate their armies, he will level their cities – and he will not stop until the whole of their empire is reduced to ash. This is PLANET DEATH!

“Venditti continues to execute his vision with deadly precision. Everyone should be on board…” – Bloody Disgusting

For a thousand generations, Gilad Anni-Padda has defended the innocent and dealt out justice as the Eternal Warrior – the undying champion of the Geomancers, the Earth’s chosen Fist and Steel. An unsung veteran of every war ever waged, Gilad’s hard-fought quest from the ancient world to modern day Los Angeles is about to force him to the forefront of the Valiant Universe – and into a brand new kind of battle alongside the likes of Bloodshot, X-O Manowar, and his own long-lost brother, Armstrong.