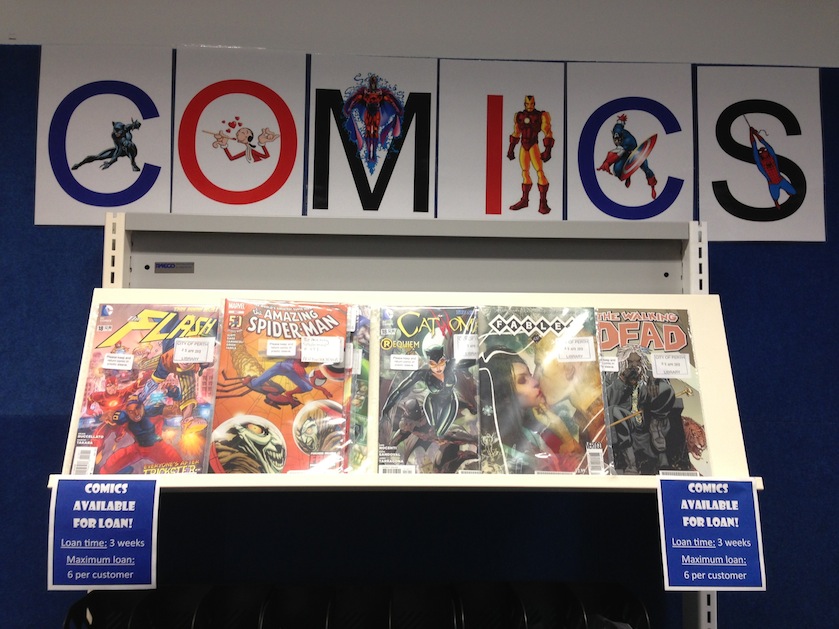 Last year I was invited to speak at a quarterly meeting of librarians about how to incorporate comics in to their growing collections. It was quite an honour to educate the literary purveyors of this often neglected and misunderstood art form.

I first mentioned non-superhero film adaptations of comics like Ghost World, Scott Pilgrim, A History of Violence, and Road to Perdition. There were raised eyebrows when I mentioned such critically acclaimed films were based on comics, and even more startled expressions when I got to my point about respected novelists who’ve worked in comics. Ian Rankin, Joe Hill, (as well as his father Stephen King), Brad Meltzer, Jodi Picoult, Neil Gaiman, and Orson Scott Card. That would make any literary gathering an event, and they’ve all had their names stamped on comics, as have many other talented scribes who regularly dabble between both media, such as Peter David and Greg Rucka.

When I was a kid, libraries were just starting to get comics behind their doors. The frustrating part was that they didn’t seem what to do with them, at least the ones I visited. At the same time another “geeky” past-time was making significant mainstream inroads, with anime being screened on TV, and having its own section in video/DVD hire outlets.

The problem with comics in libraries was, (thankfully it doesn’t seem to be now) that librarians didn’t know what to do with them. At my local library, they were originally in the Young Adult section amongst the picture books, choose your own adventure tales, and thin books about adventurous babysitters. It was embarrassing to go there to look at comics.

Now, however, there are three different sections where the comics are displayed, with dedicated shelves for floppies, trades and manga.

My local library has recently introduced monthly comics as loanable items, which are mostly superhero titles, but it has allowed me to catch up on series such as Indestructible Hulk, Iron Man, All New X-Men, and Justice League, and their diverse collections of trade paperbacks include foreign delights, indies, classics and brand new stuff such as the New 52 adventures of Wonder Woman, Green Arrow, Swamp Thing and more. 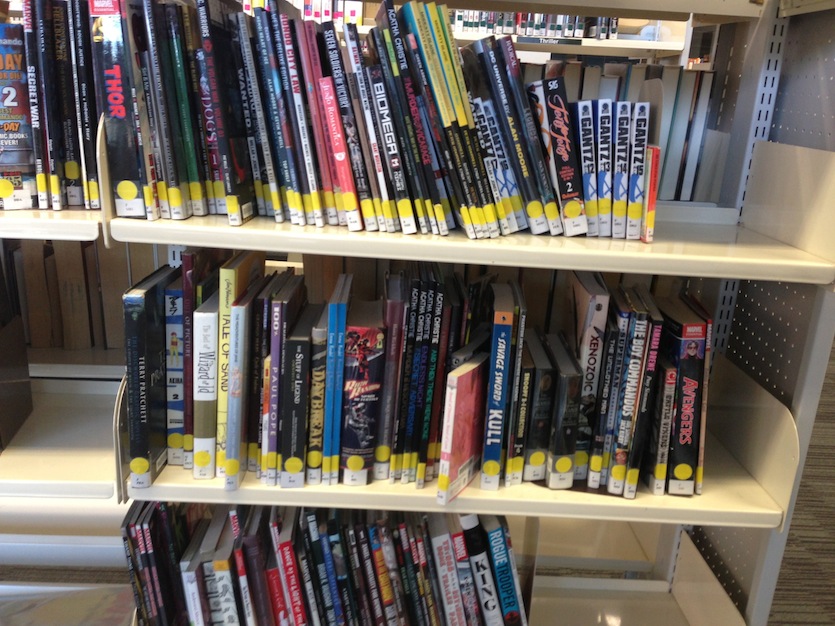 It’s a great indicator of the popular appeal comics now hold. Not since the days of WWII, or the ‘60s when Stan Lee toured college campuses has sequential art held such a prime place in the public’s mind. We have Hollywood to thank for the majority of that of course, for bringing such diverse characters to the screen. I mean, it was only five short years ago that only fanboys and girls really knew who Iron Man was, and now he’s a part of billion dollar franchise. Plus, let’s not forget the massive success of The Walking Dead. It’s hard to imagine that only a few years ago, studios were getting comic adaptations all wrong, and were throwing out films that held no regard for their printed origins, giving us cinematic embarrassments like Catwoman.

Now, with an annual presence at Comic-Con, and constant social media updates, the people behind the camera actually seem to care about the people who will be infront of the big screen to see the finished product. It’s all part of a larger movement of geek acceptance that has Stars of both the Trek and Wars variety before us once again with big names, and serious attention, and even films based on the true nerd indulgence of action figures, and cartoons (G.I.Joe, Transformers), and even board games (Battleship) coming to expensive fruition. The fact that we’ve had Batman, Superman, Punisher, and Spider-Man reboots in only a handful of years shows that there is interest in comics as a unique storytelling medium.

This warm embrace of comics can also be seen with the wonder that is Free Comic Book Day. FCBD started in 2002, riding on the coat tails of the first Sam Raimi web-slinger adventure, as a way to get the comic curious in to comic stores to become comic buyers. It was a bold move that has continued to grow exponentially, and is now a worldwide event with mainstream coverage. In fact, I live in Perth, the most isolated city on the planet, and we have three comic shops within walking distance, and on FCBD, there were queues around the block, with costumes, contests, sales and a good vibe all round, and it was a similar story around the globe.

Yes, it’s cool to read comics, and that’s because, as more people are discovering – Comics. Are. Cool.