While work exploring socially relevant subject matter has been a growing area of comics publishing over the last decade a relatively newer phenomenon has been the surge of graphic biographies aimed at an all-ages target audience. Across the Tracks: Remembering Greenwood, Black Wall Street, and the Tulsa Race Massacre, written by Alverne Ball and illustrated by Stacey Robinson, is a succinct but powerful account of the events leading up to the infamous events in Tulsa in 1921, often considered to be the worst race hate incident in American history. 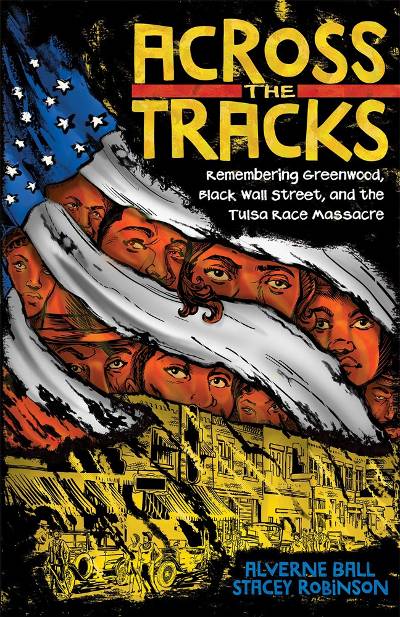 This 44-page historical study was published last year to mark the centenary of the massacre. Writer Ball draws us into the lives of the people of Greenwood by tracing the development of the town, emphasising its importance in Black history as a prosperous and evolving community for its African American residents. We watch as Greenwood is founded by Black businessman O.W. Gurley, how its rapid expansion led to educator and author Booker T. Washington describing it as the “Black Wall Street”, and meet many of its inspirational figures including Tulsa’s first African American real estate magnate (Thomas R. Gentry), first physician (R.T. Bridgewater), and dentist (Dr. J. Littlejohn), among many others. 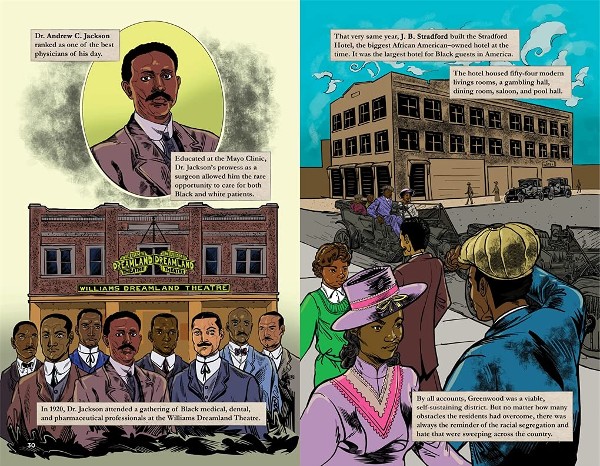 Ball and Robinson’s emphasis on celebrating the achievements of Greenwood first and foremost over the incident that nearly destroyed it immerses the reader in the joy of the community that was built there, investing us in the “cast” and ensuring Across the Tracks becomes something far more resonant than detached historical account. A large part of this is down to Robinson’s visual characterisation; body language, character interaction, and facial expressions all combining to make us feel we have been invited into the lives of the town’s residents and are sharing in their accomplishments. 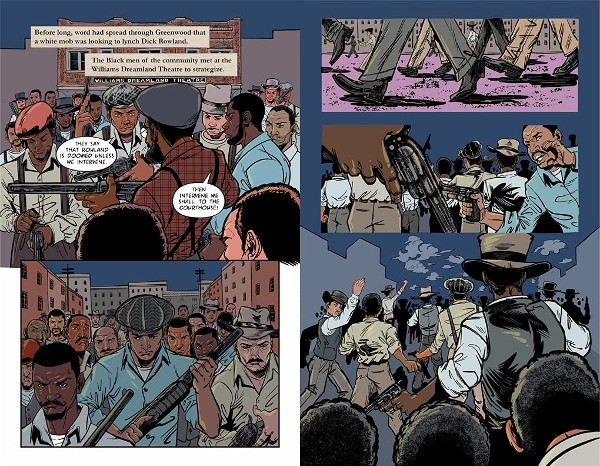 When the inevitable does finally arrive – when the local white population are stirred up into the most brutal terrorist attack on Greenwood after being incited to lynch one young townsperson – colours shift to match the devastating violence inflicted on the town and community. One memorable two-page spread from Robinson sees curtains pulled back within one residence onto the burning streets, but instead of one view of the locale we can see events across it being played out simultaneously. 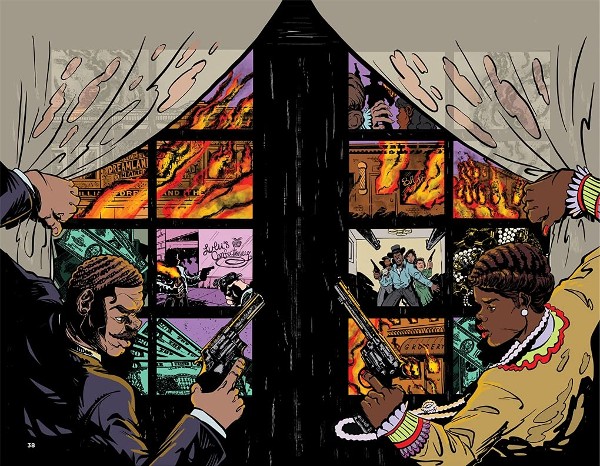 Ball is careful, though, to end on a note of hopefulness and we also see how the ramifications of a massacre which may have killed anything up to 300 people, injured thousands, and left countless displaced, play out. Greenwood rebuilds and a life-affirming final page acts as a potent coda to the book. Complemented by timelines, an in-depth supplementary essay, and a detailed bibliography, Across the Tracks is an excellent resource for both younger readers and those older ones looking for an entry point into learning far more about this much neglected moment in US history.