Today we begin with a number of self-publishing artists talking about how their income streams have been cut due to Brexit.

On income: How has Brexit affected your revenue stream as either a self-publisher, publisher or business? How have issues with postage, duties and import fees impacted on you? What has been the financial consequence of Brexit to you? Have there been difficulties that you have found insurmountable in distributing your work/projects/stock? Have you had any customs issues? Have you had to shift from print to digital and, if so, have there been issues surrounding that?

Postage is definitely the biggest issue. The yearly price increase turned into an almost by-monthly rise, leading to fewer and fewer people buying my comics, mainly international buyers, which are 40-45% of my market. European buyers have significantly decreased. I try to be fair with European buyers by saying on my online shop that they might have to pay even more money after they receive my products, creating an extra barrier of uncertainty of whether they will be able to really get my comics. The same goes for me as a buyer. I’m buying less physical books and backing less crowdfunding campaigns because the postage prices have turned too high. When the postage price is almost the same, or sometimes higher than the book you’re buying, you see that there is something really wrong with the postage system. I have seen an increase of people buying my digital books, but it is definitely not close to balancing out the loss of physical buyers.

*note: please bear in mind these figures are rounded up*

Postage is a huge factor practically as I fund a number of my books through Kickstarter. Postage in the UK is not too bad; however, shipping overseas (particularly outside of Europe) has become difficult. An A3 envelope use to cost around £5-6, the same parcel now costs £14-£18. Brexit has essentially more than doubled the cost of overseas shipping overnight. If you add into account the extra labels we have to fill in, customs sending parcels back and people being charged a “collection tax” to receive their parcel, it has not only made overseas shipping incredibly expensive, but also much more time consuming to deliver. On a personal level, I have friends in Austria who we send Christmas presents to. Usually in a box around 60cm by 30cm by 40cm (roughly) and not overly heavy, and would cost between £20-£30, which would cover gifts for a family. Sending a similar box in December 2021 cost over £85. It was actually cheaper to get a plane ticket and hand deliver them than send them in the post.

I’m a full-time designer and owner of a small business selling my artwork online on merchandise, including a self-published book and two published comics. The new EU VAT rules last year and introduction of the IOSS [Import One-Stop Shop] have made it more difficult to sell to customers in the EU. There’s no longer any threshold for small orders, so all purchases are now subject to customs charges. When this was being introduced it was very difficult to see which rules applied to large companies shipping containers to Europe, and which were relevant to indie comics creators sending small parcels at the Post Office.

Due to difficulties implementing the new system in my online store, I now refer all EU customers to my Etsy shop, which handles the taxes automatically. This isn’t ideal and means I lose a portion of my income to Etsy fees on those purchases. 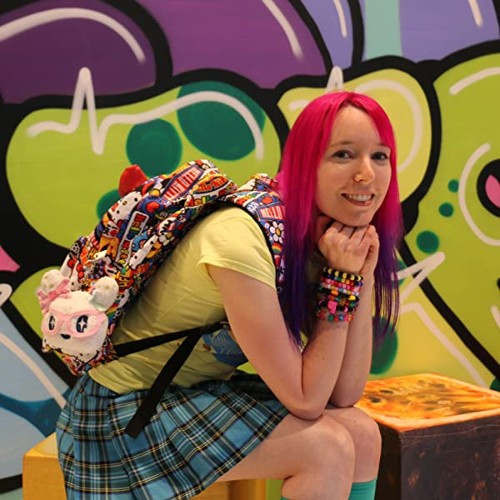 Despite following all the guidelines for the new system, several customers in the EU received customs bills, even though they’d already paid all necessary taxes at checkout. It seems the systems in the UK and their country had not transferred the IOSS data correctly to show they’d paid their taxes. The customs office in their country referred them back to me, the seller. The taxes were taken directly by Etsy, so I was unable to refund them or do anything, or even offer any advice on what to do. This was extremely frustrating for both me and them!

After this happened several times, I now purchase all postage for EU orders through Etsy, which seems to be working more smoothly. However it means I’m not supporting my local Post Office – I’d prefer to give them my business, as without them I’d be stuck.

I’ve also seen people in the EU posting online that they no longer purchase from online stores based in the UK because it’s too expensive. It feels like the UK is becoming increasingly cut off from the rest of the world, which can’t be a good thing.

The most direct Brexit impact on my comics income is an inability to import Allan Haverholm’s Uncomics anthology, in which I have a strip, for sale without losing money in the process.

But the invisible cost has been much, much steeper.

As a freelance designer and illustrator, I predominantly work in the areas of tourism and outdoor activities. Three of my largest clients are touring companies, for whom I design stage sets and tour branding each year along with marketing material week-on-week. Two of them have shut up shop due to the complexities of taking their shows to Europe, where they predominantly perform and the third has had to reduce their operations by about 50% because they have lost access to the many European performers they employed. 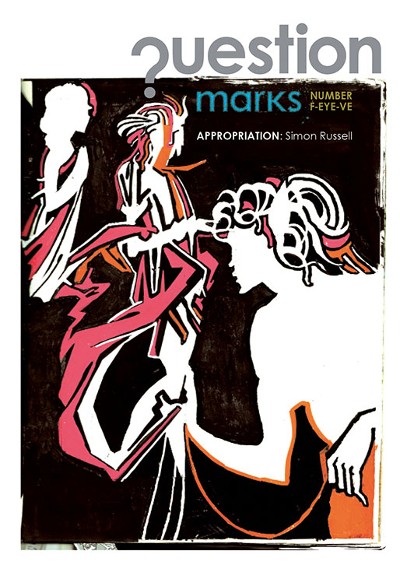 The European tourist agencies I work for such as VisitFlanders have done very little work in the UK over the last few years and the domestic industry headed by VisitBritain has not been directing so much promotion towards Europe as they did. If you factor in a number of smaller clients who relied on importing equipment or leading tours around Europe, my design-based income has dropped by over half… I’d estimate a gross loss of £30k for me as a sole trader.

Which translates as a much smaller amount of disposable income in our house = fewer comics bought, less time and money to invest in making comics.

As of 2020 I have been transitioning from design-for-hire to spending more time on personal or public art projects. It’s impossible to say how many opportunities or funding streams might have been accessible to me pre-Brexit, but there is clearly a chilling effect across the sector.

I closed my Etsy and Big Cartel stores, I didn’t want to deal with customs issues that have arrived since the loss of access to the single market, I will continue to sell on eBay, when I make an international sale on the platform all I have to do is post the item to their UK hub and they deal with everything else. I also sell a few print on demand items through Amazon and Zazzle, no problems there as the items are printed in the country where the customer lives.

There are also issues with taking product to sell at European conventions, I believe I would need an export licence and to pay tax on anything I want to take. This means I probably won’t be selling anything next time I am invited to a European show. Sure the postage and custom duties affected my online shop. When I self-published my comic Midnight Heart and opened pre-orders, many of my friends and fans from Italy were wary of buying the comic as they knew they would be charged custom fees. And the ones who bought it anyway told me they were charged.

Unnecessary and damaging barriers created by Brexit on distributing, posting, increased costs and delays (customs costs I incurred in Italy and Spain, long delays at the bl**dy customs facilities in both countries); unclear and confusing information, documentation and web forms in UK, Italy and Spain.

To be clear, as much as both Italian and Spanish customs are annoying, they’re only implementing what they have to because the UK is no longer in the EU.

The following creator asked to be quoted anonymously

Since Brexit and the introduction of added VAT to EU orders my sales have gone from around 2-3 a day to Europe to maybe 1 sale every 2 weeks. It has been that significant. I’m a small seller, so the drop off is a huge blow to my tiny operation. This is mostly due the increased risk of VAT and customs charges. The price to ship these orders has raised significantly too. Most of my sales are for small, cheap items, so if people are having to pay twice or three times the postage to the price of the item, they just won’t do it.

I’m pretty sure that Etsy has maybe worked their algorithms on it too, as the visits and favourites seem to be down from the EU too.

Sales to Germany have also sparked concern over their recycled parcel packaging programme. If you are not signed up to the programme as a business, you can be fined and so I have been making items unavailable to Germany as it’s not worth the cost or risk for a few sales a year.

A number of items (3 packages) have been returned to me from Germany when the postage was correct, the address was correct and everything on the customs label was legit. I had to refund each buyer and forget about the sales. I re-sent an item free of charge recently to one customer as a gift (they really wanted the item and I felt I’d do a nice thing) and it was delivered to them fine, so I don’t know what that means? Is it coincidence? Maybe…

Next week: Comics publishers on their experiences of lost income