Priya Huq’s debut graphic novel, Piece by Piece: The Story of Nisrin’s Hijab, is a fine example of how the comics form so effectively brings us into the lived experiences of others in an empathetically immersive relationship with the page. A coming-of-age story that is in turns both traumatic and hopeful, it’s an account that explores the universal themes of finding one’s identity and place in the world but from a very specific vantage point. 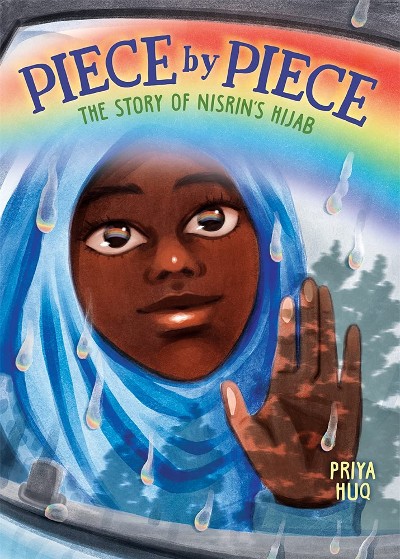 Set in Portland in 2002, Piece by Piece initially introduces us to schoolgirls Nisrin, a Bangladeshi American. and her best friend Firuzeh. On their way home from school in traditional dress after a World Cultures Day the pair are violently attacked in a racist assault. Deeply shocked and depressed by events Nisrin spends her summer in near solitude. When the time comes to return to school in the autumn she decides she wants to wear hijab, much to the concern of her mother and grandparents who, as Bangladeshi refugees from the 1970s, have a complicated relationship with Islam.

Her return to education is not destined to be an easy one as her headscarf earns her disrespectful comments from teaching staff and outright bullying from some of her schoolmates. As she begins to learn more about Islam and herself, Nisrin must also deal with her fractured relationship with her grandfather, discover more about her family history, and understand just why her closest friend Firuzeh is apparently no longer talking to her… 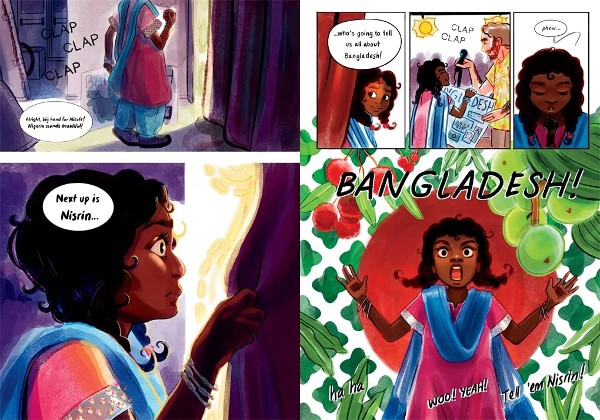 Huq has an almost impressionistic visual style that is well suited to conveying the emotional range of Piece by Piece. In particular her use of colour to add extra layers to some of the more dramatic scenes is particularly effective, especially in the early sequence with the Islamophobic attack taking on a resonant and nightmarish quality; all resonant of fragmented memories with its angry red hues.

Visual characterisation is also key here with some nuanced moments that include one very powerful panel wherein Nisrin’s quiet defiance of her disapproving grandfather speaks to us so eloquently without the needs for words. Huq also carefully considers the use of lettering and speech balloon presentation to emphasise contrasting emotional states in scenes of character conflict. 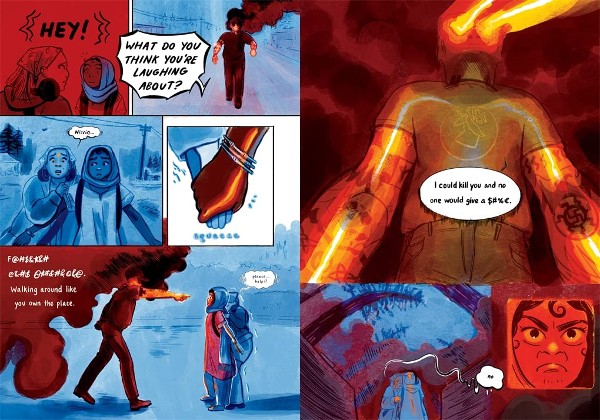 Piece by Piece is ultimately an optimistic account that by its end looks forward to a happier family life for Nisrin but, by the very nature of its subject matter, there are obviously sequences that some may find distressing. The target audience is presumably a teen one but this is a finely crafted character piece that adults will take just as much from, and while the subplot of Nisrin and Faruzeh’s falling out does get a little lost along the way – resulting in a slightly rushed resolution towards the end – this is a story that is as important for its examination of intergenerational differences as it is for the depiction of the external prejudice that Nisrin encounters.

A worthy addition to the small but growing number of graphic novels that fit into the comics and Islam category from a newer voice in the medium to keep a very close eye on.