In the third of our continuing discussions on the Brexit effect on the UK comics community and beyond today at BF this week’s selection of creators talk about how the accompanying freedom of movement issues have either affected them or how they believe they will affect our comics community. All articles in the series will be tagged and accessible in one place here.

Here’s our standard introduction to the series for latecomers…

On freedom of movement: How do you see the loss of freedom of movement affecting the diverse make-up of the UK’s indie comics community as the number of EU nationals in the scene inevitably diminishes? Conversely if you’re a UK national has this affected you in terms of residency and practice elsewhere in Europe? Are there any ways in which the loss of a mobile workforce between the UK and the rest of Europe could have direct ramifications for you? Will this affect the pool of talent in HE as potential students realise the residency issues post-graduation? 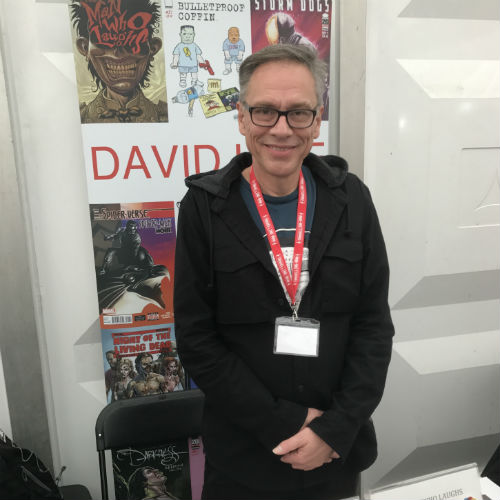 Any reduction in freedom of movement has an impact on creativity and diversity. That’s just common sense. No culture has ever become richer by putting up barriers to cultural exchange. I see Brexit as just one facet of a ‘Little Englander’ mentality. Brexit legitimized the growing distrust of outsiders, immigrants, asylum seekers, or even foreign nationals who had settled in the UK. That’s a personal opinion based mostly on instinct and anecdotal evidence, but there are increasing numbers of concrete examples.

For myself there has been a direct consequence. For seven years, I have been travelling to VIA University in Viborg, Denmark to teach the Graphic Storytelling students. This has been a very rewarding experience. I don’t see myself as a formal teacher but the exchange of ideas between myself, as a professional comics creator, and groups of enthusiastic and talented young people, has been incredibly stimulating for me, and I think I gave the students some useful input too! This year I was told, with some regret, by the coordinator of the course, that they would not be able to employ me in the current year because of the new regulations regarding employing freelancers outside of the EU. The application for a permit, which is needed for anyone employed for more than one week, is complex and expensive and makes it utterly impractical. I’ll quote one line from a long and apologetic email:

This is just one small example of how the self-inflicted isolation of the UK by its government, and those voters who were persuaded to vote for Brexit, has already impacted on the comics community. It’s worth noting that, according to surveys, almost no one who works in the Arts voted for the bloody thing! I think it’s generally a shame. My son has American and British nationality even though he was born in the Netherlands. We’ll need to apply for Dutch nationality for him to study here and live here legally in the future. This might not should like a hardship, but as a family we’re hindered in movement. We currently all have 10-year visas issued by the Dutch government in response to Brexit.

I’m French. I did have to go through the stress of applying through permanent residence, but I still have freedom of movement. Although I now have to take the long queue when coming home from abroad. 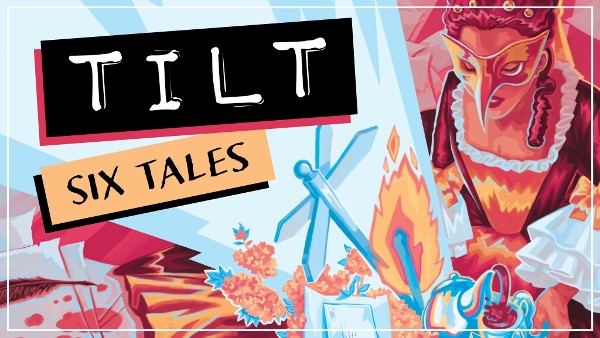 With EU nationals needing a work visa to live in the UK, we’re going to see a drastic decrease in the number of EU creators who can spend time and energy on creating comics. Comics as an art form are historically working/lower class and was (and continues to be) pioneered by marginalised groups, which are the exact groups that will find it more difficult to find work that offers UK visas. With less international creatives being given the chance to live in the UK, we’ll be missing out on a huge amount of talent and voices and our art scene will be poorer for it.

Freedom of Movement and collaborations: this is not affecting me personally as I have my Italian passport (I don’t have a UK one, but I have settled status) but it is and will even more affect EU/UK collaborations, HE, it will isolate more and more UK graduates, and generally impoverish the UK arts, culture and media activities here, and its standing in the EU and the world. Sadly.

That’s been a big one for me this year. My wife is German, so being married to an EU citizen has made my life easier, even in the UK. My Peruvian passport alone gives me very limited options to move freely.

Because of Brexit I received by September 2021 my settled status in the UK for being married to an EU citizen. My passport would be my only document and residence cards wouldn’t be necessary any more, so they stopped giving them. Last February I went to visit my family in Lima and stayed with them for a month, after not seeing them for more than 2 years. On my way back, to my surprise, they changed the rules and were giving residence cards again, and they were mandatory to travel. I was never informed of this change. I had to ask for a travel permit to go back where I was legally settled. A couple weeks travel permit took longer than expected and I had no news on what was the issue. Thankfully, my wife and I contacted our local MP, and they were incredibly helpful. They were informed that my simple travel permit was ‘on hold’ because of the Ukrainian conflict. Which gave me no estimated date for my return. They escalated this issue to the Minister and I got my travel permit finally, and flew back home. I was really lucky that I was with my family, and they helped with food, accommodation and a space to work. I can’t imagine how it would have been if the situation had been different.

This has been one of the most frustrating situations I’ve been put up with in years. I’m good and doing my best to keep up with all the delays of my Kickstarter campaign and many other business projects that are delayed. Again, I’m really lucky, my family was there to help me all the time.

I’ve only just started to do more events and comic-cons in recent months (due to Covid) but I am seeing less international talent exhibit at these shows and I imagine as we get back into doing more events, it will become more obvious how much that talent pool has shrunk.