While previously long consigned to history the story of the Radium Girls has recently been given a long overdue revisitation thanks to the 2018 book The Radium Girls by Kate Moore and the 2020 film of the same name. We can now add a comics account of those events by French artist Cyrielle Evrard (who uses the pen name Cy) to that list. Published by Iron Circus Radium Girls retells this deeply affecting story of employer negligence, worker exploitation and personal tragedy, with nuanced craft and a quiet sense of outrage. 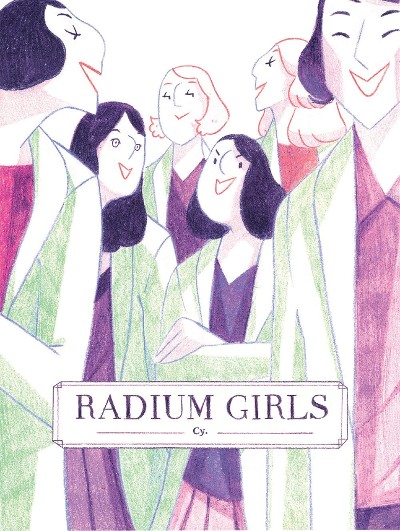 In 1918 women workers employed at a New Jersey watch factory are exposed to radioactive materials as a part of their daily routine. The process of painting watch dials involves an exercise of “lip, dip and paint” which means they are constantly licking contaminated paint brushes throughout their working hours; something their employers assure them is perfectly safe but, in reality, is anything but. In the short term this results in them glowing in the dark (one memorable scene shows the girls causing consternation in a cinema by ruining the view for others due to their luminous presence) leading to them being referred to as “ghost girls”. But in the longer-term the results will prove to be far more devastating… 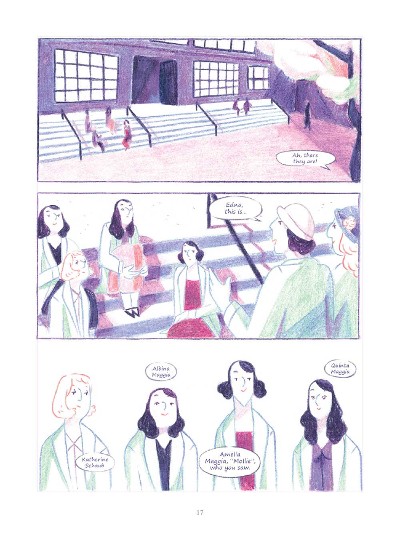 Cy’s recounting of this story works so well for her two-fold narrative approach of creating a sense of impending doom from the very outset and the way in which she immediately involves the audience in the cast’s lives. We know from the beginning that this is a disaster in waiting but the casual ease with which Cy ensures we are focussed on Grace, Edna, the Maggia sisters and company, by subtly bringing us into the recognisable mundanity of their working world turns us from detached observer to invested participant. 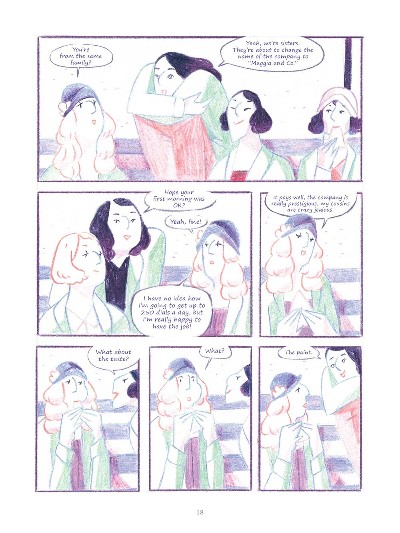 The early sequences dealing with their time in the factory, for example, guarantee our empathy with the characters as we enjoy their camaraderie, friendship and mutual support. As time progresses Cy dips in and out of their lives as the audience experience the early attempts to distract from the reality of their compromised health, their gradual deterioration (as symptoms like losing teeth and debilitating joint pain overwhelm them), and their eventual decision to take the fight back to the establishment that has failed them before they die. 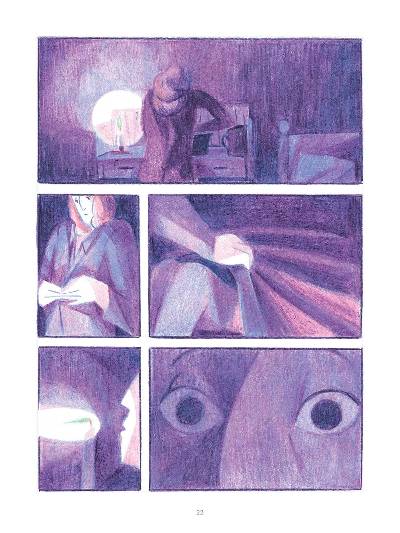 Visually Cy’s storytelling employs a limited palette of mostly purples and blues that make the eerie effects of the women’s contamination all the more striking in effect. This is facilitated by a distinctive use of coloured pencils and an angular, almost dreamy, and always highly atmospheric, artistic style that recreates a period feel without being subservient to photo-realism. The book’s striking cover has a haunting resonance – a single shot of the smiling Radium Girls that echoes that modern day horror film standard of the happy group photo at the beginning of the movie preceding the ominous events to come. 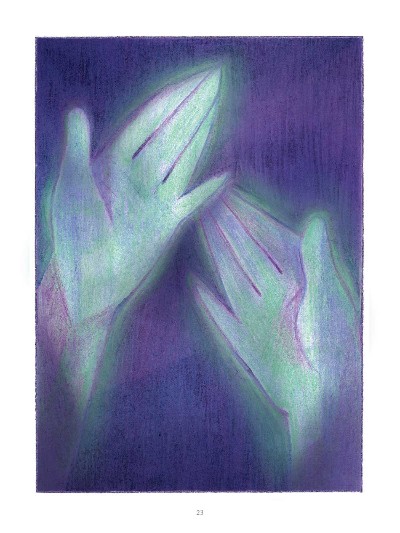 This is obviously not an easy read but what can be taken from it is the legacy of the Radium Girls and what their activism meant for employment rights in the future. As we start to add relevant comics and graphic novels on class and employment rights to a new Broken Frontier resource list (examples of our resource lists here) Radium Girls proves an excellent and highly recommended example of socially relevant work within that area.