We are in something of a renaissance period when it comes to archival collections of socially relevant work like Charles Johnson’s All Your Racial Problems Will Soon End from New York Review Comics, and each such compilation provides us with a twofold boon. Firstly they act as reminders of, and reintroductions to, artists whose work may have slipped from prominence in the intervening years. And secondly, the themes and issues they cover are, sadly, often just as relevant today as they were when they were originally published, meaning their reproduction allows us to reflect on the subject matter from a wider chronological perspective. 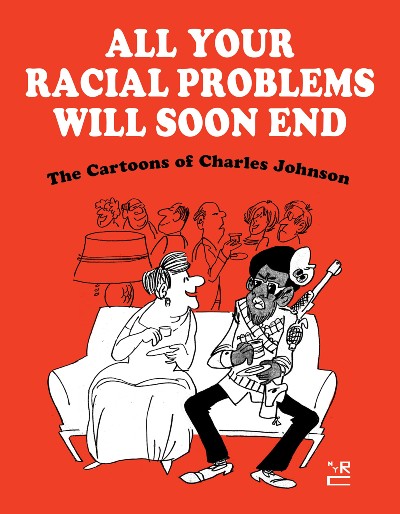 New York Review Comics have, of course, provided an invaluable service in returning so many neglected works to print in recent years. Charles Johnson is most celebrated for his novels, including the 1990 National Book Award for Fiction award-winning Middle Passage, but his work has also included philosophy, non-fiction, reviewing, screen and teleplays, and a huge cartooning output that provides a valuable social document of the periods in which it was created. 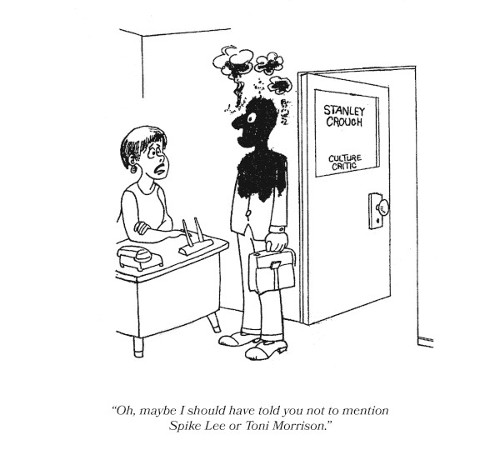 In All Your Racial Problems Will Soon End NYRC have compiled this work into their periods of publication from just over 50 years ago, each with an accompanying introduction from Johnson himself that allows extra insight into his process, development, and evolution as a creative voice. Here he also gives some intriguing thoughts on the aesthetics of cartooning and its nature, its role and targets, and the idea of political cartoons as “visual poems”. 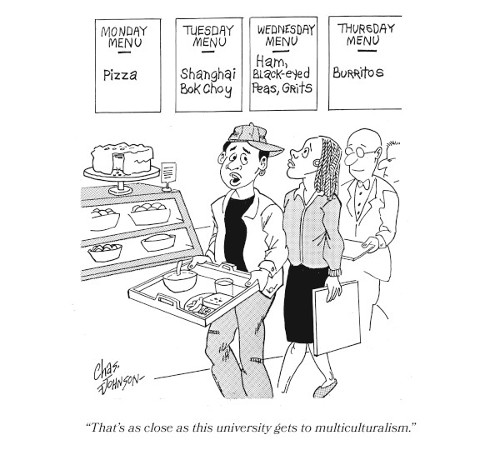 The work on show here then, diligently compiled given the original art for much of the collection no longer exists, is a vital visual essay on a society five decades past. A world that feels at once both distant and yet full of the same concerns, inequalities, and entrenched privilege of 2023. Johnson tackles subjects like the depiction of Black people in popular culture; prejudice, from microaggressions to explicit racism; racial profiling from authority; workplace inequalities, and more. The Black Panther movement is a regular feature in his cartoons, as is a certain hood-wearing racist organisation. 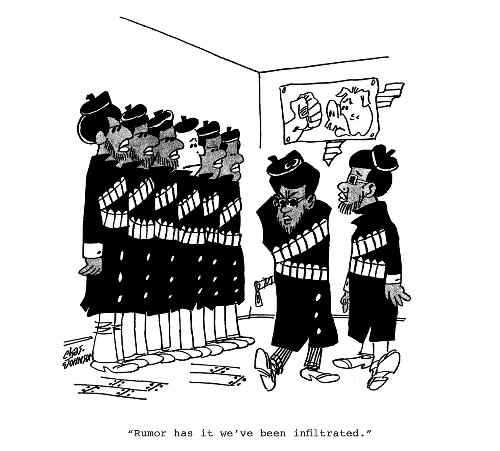 Johnson’s approach ranges from a laidback but quietly biting commentary (two Black observers declaring a passing Superman as the ultimate in white power, or a Black sailor being made captain of the ship so he can be the one to go down with it)  to wonderfully absurdist but still cutting imagery (two Black passengers wondering about the wisdom of parachuting from a plane after the in-flight movie turned out to be The Birth of a Nation, or a staff elevator for Black employees being a fireman’s pole). 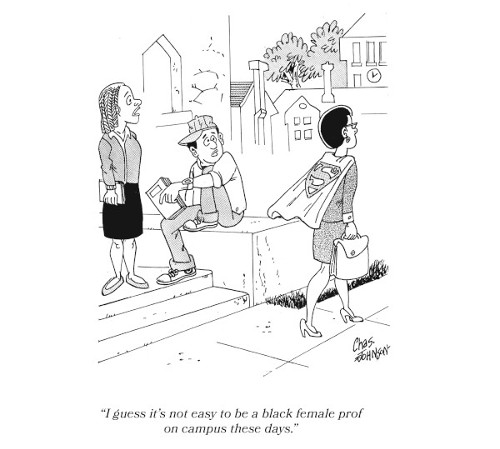 The titular All Your Racial Problems Will Soon End cartoon comes near the end of the collection with a “punchline” that hits with a weary but pronounced inevitability. Using humour as a thought-provoking tool, and to puncture the arrogance of social injustice, this is a must-read volume for anyone with even the vaguest interest in the history of political cartooning.