At the beginning of this year at Broken Frontier I reviewed Ant Story, a collection of brutally funny short strips by the King Louie’s Lab team of Fred Morris and Dominic Linton that originally had its home on social media. Regular fans of the duo will be aware that the misadventures of the anthropomorphised Ant Dad and his son Rory have continued on Instagram lately in a reasonably long-running strip. Coffee Days centred entirely on the repercussions of a spilt cup of coffee that becomes a battle of wits between the two. It may not sound like the most intriguing premise for a comic but such is the caustic wit of the King Louie’s Lab duo that this unlikely starting point quickly becomes a rapid-fire back and forth of plot and counterplot between the two. 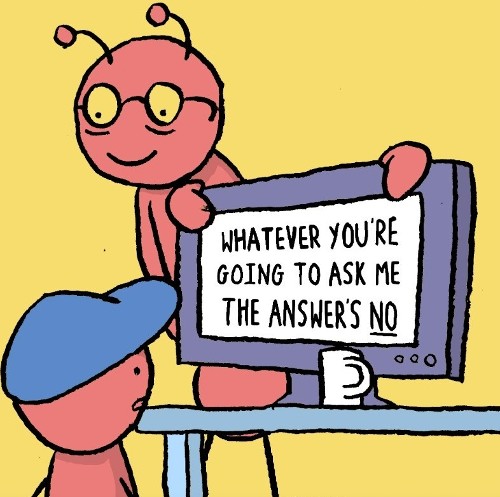 First things first though, for those who have never encountered Ant Story and its cast before the strip revolves around Rory’s somewhat dysfunctional relationship with his sarcastic father Richard whose approval he wants but never gets. In fact Ant Dad’s guiding principle in life appears to be humiliating and embarrassing his son through often elaborate and involved powerplays. 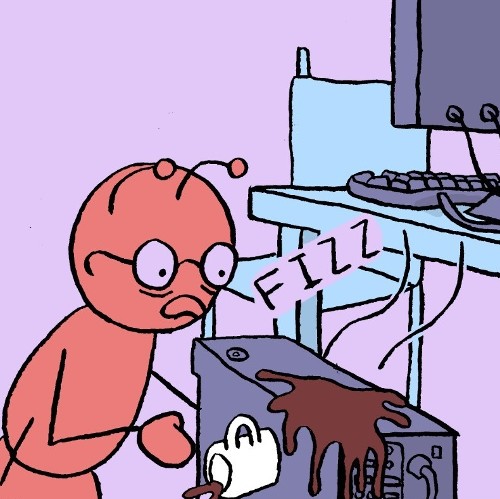 In Ant Story: Coffee Days Richard, having clumsily spilt a cup of coffee on the family PC after playing another mean trick on Rory, attempts to gaslight him into believing that he is responsible and that a session of gameplay on the computer led to its breakdown. The duo then begin a series of strategies to get the other to admit they were the responsible culprit as they toy with each other’s perceptions and sense of reality. Rory doing so with an earnest desire for acquittal and Richard at his Machiavellian blame-shifting worst… 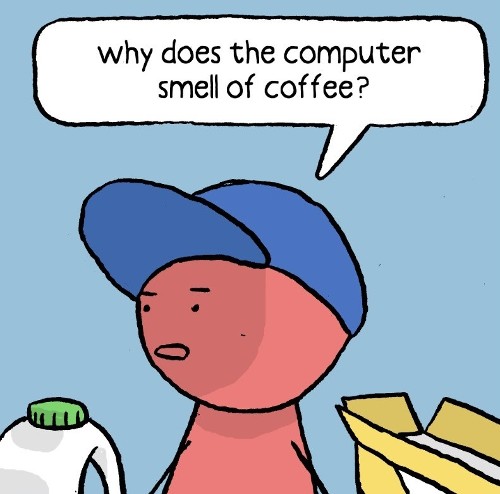 As I’ve said before the art on Ant Story isn’t overly elaborate but it’s perfectly serviceable for the story the duo want to tell. Coffee Days retains the same level of pitch perfect comic timing as its predecessor, unsurprising perhaps given its original Instagram mode of delivery generally depended on a six-panel or so comedic build-up to a punchline style ending. The main overarching storyline here takes a few sidesteps into associated scenarios that ensure the running gag of the prime plot never gets too repetitive. 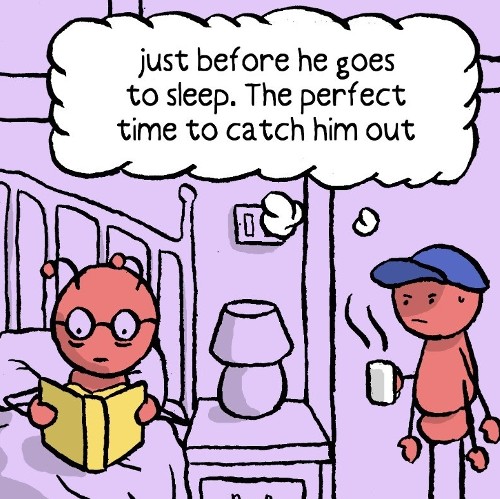 While – given my love of the unique language of the form – I do not normally make a point of suggesting comics work could easily make the transition into another medium, the precise comedic timing of Ant Story: Coffee Days would certainly work in an animated format. Ant Story remains King Louie’s Lab’s signature work to date.