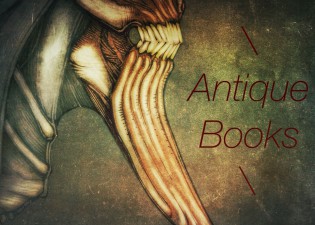 Antique Books is an original horror graphic novel currently on Kickstarter. Pencilled and inked traditionally and coloured with Copic markers and iOS devices. The story first appeared in DC Comics online Zuda competition four years ago and has been percolating ever since, getting stranger.
The story is set in a hole in the wall antique bookstore that houses obscure and arcane volumes. Only very particular collectors know what the store has in it’s collection. The lone clerk wiles away the day waiting to see if today is the day she sells a book that will cover the slow months. Isolated amongst the dusty tomes she obsesses over last nights fight with her boyfriend and wonders about the strange owners. The cold woman and her increasingly agitated mother. The elderly woman’s ramblings about the rising moon have become more frequent and frantic. Her cold daughter actually seems rattled beneath her put together veneer.
The story is a variation on the “demon in a box” structure. One day, one location, five people, one creature and by the end of it everything is much darker than when it began.
The project will be 88 pages with the option for extra sketches pages and commissions. It went live on Kickstarter december 17th and ends january 31st. 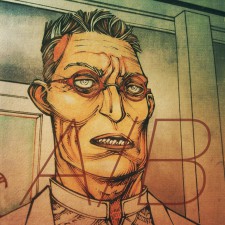 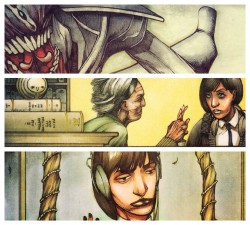