Cicatrix by Elle Shivers is full of cramped panels that reflect the ruminating mind of our protagonist, who has discovered a lump on their neck. This growth is artistically represented by a small terracotta-coloured circle, often overlayed onto the illustration so that it can be visible even if hair would have been in the way – attesting to the character’s own constant awareness of this abnormality. 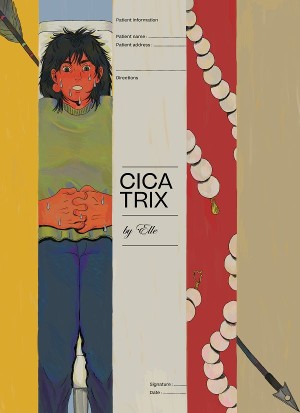 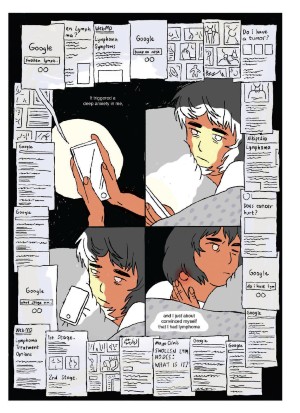 The growth of the lump is paralleled with the growth of circumstantial anger, as the political views of our protagonist’s grandparents are left undisputed in a private victory to earn inheritance and use it in an attempt to negate the harm caused by the very political figures they admire. The iconography of the growth later manifests itself across other panels, conflating its relation to guilt even further. It is there when they try to talk to their cousin about his work for the US Military, growing larger and more obstructive as excuses are made to the reader – “To my credit, I have tried to ask about it” – until the very dialogue boxes become the same colour as this growth. This emphasises how their own words are a result of this injustice: their own lifestyle and their very existence. 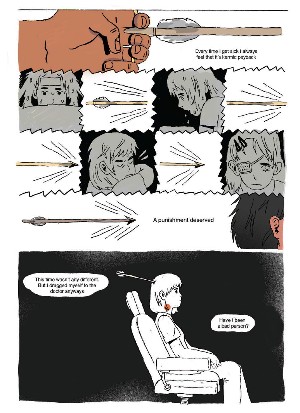 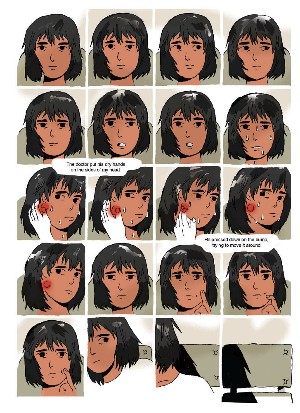 Through Cicatrix, Shivers testifies to how truth always manifests itself despite totalitarian rules. Through comics, like this, or through unusual growths on the body. The things we try to disregard find a way of coming to the surface; in this case, the growth is a physical manifestation of an internal conflict between justice and guilt. This comic comes to represent its own act of justice, as a stand against the lack of free press under Marcos’ martial law in the Philippines. Even if we feel we must hold our tongue around certain people, Shivers seems to be saying, we can still shout out loud for others to hear.