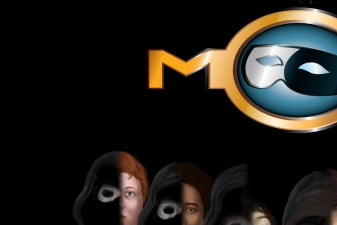 With an epidemic of bullying induced teen suicides in America Khamicon Entertainment will launch a crowdfunding project on Kickstarter.com on July 15, 2013 to support their newest inspiration – comic book heroes who fight for their fellow teen’s rights to live free of bullying.

Focused on creativity that benefits children, teens and young adults the entertainment company’s first venture was the highly successful “Sock n Boots” adventure series. “Basically we started with one story and then graduated to apps and comic books.” said Damon Smith, Owner of Khamicon Entertainment. “We plan to do the same here and can only hope that this newest venture will be as successful as our last.”

Inspired by Felicia Garcia, a fifteen year-old girl who died at her own hand in front of classmates at a Staten Island train station due to her experience with bullying at Tottenville High School, Smith hopes to inspire young minds and open the doors to expression through reading.

Creating the movement Mind Over Bullies (MOB) the new comic book and web series will help readers engage in tools whereby they will think their way through a bullying situation instead of using violence. “I want kids to use their wit, intelligence and skills to handle their difficulties.” added Smith. “It’s literally, mind over bullies – it’s just a new state of mind.”

Creating a brand that lends itself to anti-bullying, or what is now known as bullycide, the Kickstarter crowdsourcing campaign will support the series launch about six multi-racial teen characters without invincible superhuman ability. Very intentionally the characters are just like everyday teens who decide to stand up to bullies in their high school.

Studies show that the cure for bullying is the strength of numbers – hence the six brave teens banding together to make a change as the MOB. Additionally the series will highlight the fact that bullying victims need to see their aggressors as having a terrible flaw they are in need of covering in themselves.

To explore anti-bullying not only through race but gender the company has chosen a strong female character as the lead in their new comic book and web series, Mind Over Bullies (MOB). Margo is one of six multi-racial teen characters who use their wits to help bullying victims.

Specifically, in the series the main character will think about the actual cause of bullying – the bully’s own weaknesses. It is her well-thought-out solution that eventually teaches empathy on the part of the bully in question.

An overwhelming number of bullying induced suicides have involved female bullying victims. In a North Carolina State University Wolfwiki report it was estimated that no intervention takes place in eighty-five percent of female bullying incidents while about forty-two percent of girls acknowledge having been bullied online. Young women are being forced to deal with the stress of bullying alone which has apparently contributed to a strong female character being portrayed in the MOB comic. “Margo is sort of a symbol, we want young women to look at her and say hey I can be smart and tough just like her. I have four nieces and I want them as well as other young women to see images of strong women as they grow up.” said Damon Smith, Creator of the comic series MOB.

Keeping attention on cyber bullying and the exploitation of kids who are on the fray of the “in crowd” Smith hopes to incorporate a free app that will feature the MOB animated cartoon web series. (If the funding campaign is successful the hope is to pitch the animated series to The Cartoon Network).

The MOB movement hopes to make a strong impact through the use of the strong female hero and her five counterparts. “Is a comic book the answer to the bullying problem, not at all, but it is another tool that can be used to send a positive message .” added Smith.