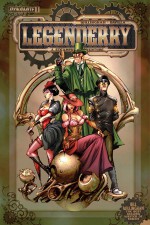 “This is a story where I get to have my cake and eat it too,” says Bill Willingham.  “I get to work with some of my favorite characters from comic books, prose, and film, but also get to create brand new versions of each one of them.  That way, I don’t have to make a single one of them fit in with all of the past continuity of those characters.  I get the best of both situations.  Plus, I built an entire new world in which to place those characters.  World-building is one of the best parts of adventure storytelling.  Legenderry is the name of the world, and it is in fact a world peopled with some of the greatest legends of adventure fiction.  This is my first-ever foray into the Steampunk genre, so that’s another new adventure I get to go on as a writer.”

Legenderry: A Steampunk Adventure is, as Bill Willingham describes it, “a world in which the great heroes of our stories live in the flesh.”  The story begins in a massive Victorian-style metropolis, a city protected by Vampirella, the Green Hornet, and Kato.  After a scarlet-clad woman of mystery rushes into a bar pursued by assassins, the resulting chaos spreads to other reimagined landscapes ripped from classic comic books, literature, and television, including the wild jungles of The Phantom, Flash Gordon’s futuristic haven of Landing, aerial combat alongside Captain Victory, and more.  The action eventually leads to the Monstrous Lands, an unruly territory both lawless and sinister. 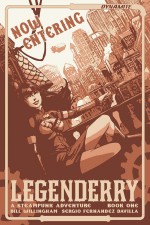 An event series four years in the making, Legenderry proves the old adage that “good things come to those who wait.”  Willingham mined the rich Dynamite Universe for the perfect characters to populate the vast, reimagined landscape of Legenderry.  In recent months, Willingham has personally overseen the visual development of the series, courtesy of designs by artist Johnny D., whose artwork has graced numerous Dynamite covers and most recently, the complete Vampirella Strikes comic book series.  “It was an honor to take some truly timeless characters and make them fit into the steampunk world,” says Johnny D.  “They all have a great unique base to go off, so it has been a lot of fun working on the designs.  I’ve worked with many of these characters before and look forward to the series.”

The cast of Legenderry characters changes each issue, as Willingham and Davila steer the action from one dazzling location to the next.  Featured characters include Steve Austin of The Six Million Dollar Man, the classic pulp duo of Green Hornet and Kato, legendary masked adventurer Zorro, the Dynamite mainstay Vampirella, the beloved superheroes Silver Star and Captain Victory created by Jack Kirby, Flash Gordon and The Phantom from King Features Syndicate, and finally, the swords-and-sorcery icon Red Sonja.

Bill Willingham has been writing, and occasionally drawing, “funnybooks” for close to thirty years, and authors prose fiction as well.  He is best known for creating the following comic book series: Elementals, Ironwood, Coventry, Pantheon, Proposition Player, Shadowpact, and — perhaps most notably — the bestselling and long-running DC/Vertigo series, Fables and Fairest. 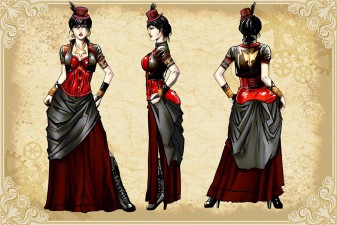 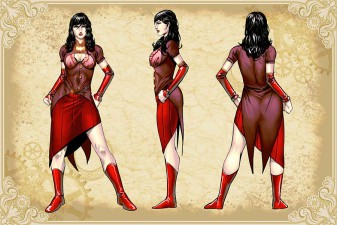 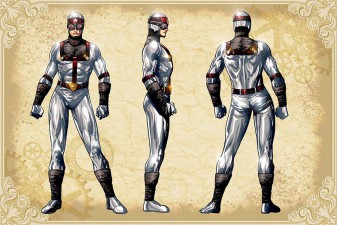 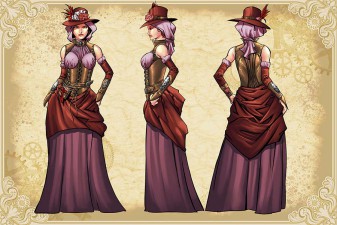 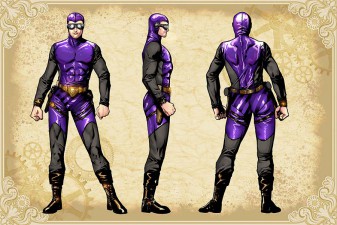 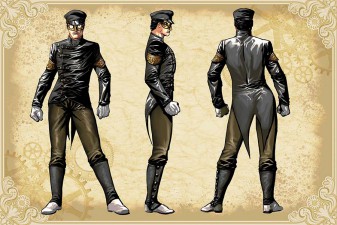 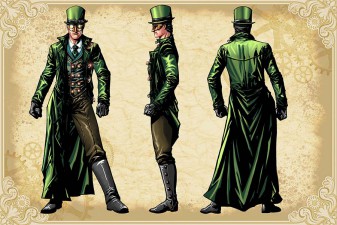 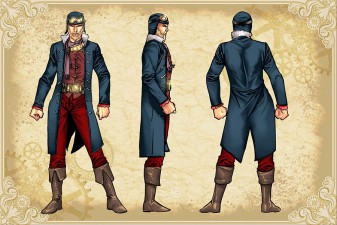 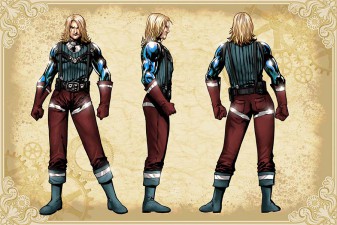 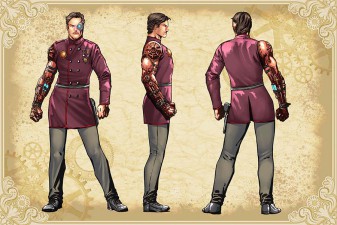 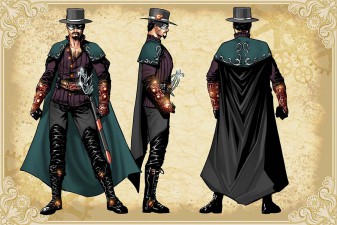 “I’ve personally known Bill Willingham for over three decades, and regard him as one of the most talented, hardworking, and innovative creators in our industry,” says Nick Barrucci, CEO and Publisher of Dynamite.  “I’ve been talking with him since 2009 about projects, but between his busy schedule and the explosive success of Fables and Fairest, we both wanted to wait until we could give the project the full attention it deserves.  And Bill wouldn’t want to give anything less than 100% of his attention!  As time progressed, our many discussions have led to a groundbreaking event, something that will shake up how people view our incredible library of characters.  Bill wanted to work in a world without the constraints of continuity, where he could paint broad strokes on a fresh canvas.  When the imagination and aesthetics of Steampunk science-fiction became our focus, well — the ideas just began to flow from his mind onto the page.  It’s my pleasure, both personal and professional, to welcome Bill Willingham to the Dynamite fold, and to welcome everyone with an adventurous spirit to the whimsical world of Legenderry.”

Joseph Rybandt, Senior Editor of Dynamite, says, “As a longtime fan of Bill’s work, it was such a surprise that Nick Barrucci, our CEO and Publisher, had been able to work out a deal to not only create this character crossover, but to include some of our biggest and best company-owned and licensed characters.  This is THE kick-off event for comics in 2014.  Be there!”

Legenderry: A Steampunk Adventure will be solicited in Diamond Comic Distributors’ November Previews catalog, the premiere source of merchandise for the comic book specialty market, and slated for release beginning in January 2014.  Comic book fans are encouraged to reserve copies of Legenderry with their local comic book shop or hobby specialty store.  Legenderry: A Steampunk Adventure will also be available for individual customer purchase through digital platforms courtesy of Comixology, iVerse, and Dark Horse Digital.