Alterna Comics announced the digital debut for Empire of the Wolf #1. 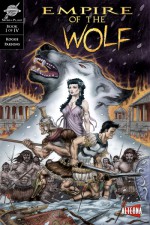 EMPIRE OF THE WOLF #1

Digital Release Date Dec 4th 2013
Tacitus and Suetonius, eminent historians of antiquity, left few stones unturned in their Annals of Imperial Rome. They chronicled not only the greatest triumphs of the Roman legions, but also Rome’s most devastating defeats. They gave detailed reports on the politics of the senate, from its most eloquent debates down to its pettiest feuds. No one was spared of their stylus — not even the Caesars — whose salacious deeds they recorded with seeming delight. Of all the stories they recounted, they omitted only one. The Truth. 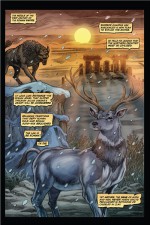 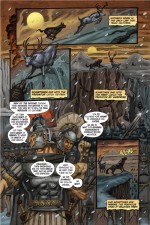 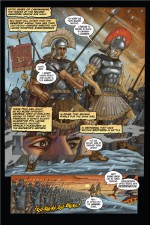 Tags: Alterna ComicEmpire of the Wolf