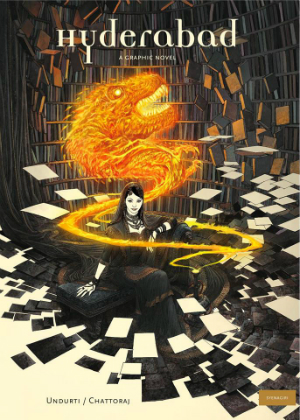 ‘Exploring the Comics Universe’ – that’s Broken Frontier’s promise to our audience and one that is proudly proclaimed at the top of every page on the site. As a tagline, it exists not just to emphasise our commitment to celebrating critically acclaimed work from renowned creators but also to underline our mission to introduce you to work from across the globe that may have passed you by had we not nudged you in its direction.

Earlier this year our own Conori Bell-Bhuiyan reviewed the beautifully illustrated Indian graphic novel Hyderabad from the creative team of writer Jai Undurti and artist Harsho Mohan Chattoraj – a book that examined that sprawling city by juxtaposing the traditional and the contemporary – stating here that “What makes this project spectacular is the wealth of age and antiquity that Undurti manages to bring to life in a way that is not only modern and exciting, but doesn’t lose that weight of time resting on the story; spilling centuries old sand to reveal gems of tales and words that twine together to create the tangled webs of myth, legend, fairytale and brushed-off conversations that build a city of life and love and wonder out of well-trodden streets and statuesque buildings.”

Jai Undurti was also one of the international contributors to The Small Picture, a topical one-page comic strip that ran for a couple of years in the Indian business newspaper Mint – an unconventional venue, perhaps, for a project like this and thus one that is all the more exciting for its efforts in pushing the medium towards a readership who may not have been that versed in comics. The Small Picture has sadly been discontinued now but you can browse the archive here which contains work by many Indian creators who will no doubt be new to you but also comics by more familiar names like Dean Haspiel and Josh Neufeld.

Today we’re very pleased to be running ‘Ex Libris’ an unseen edition of The Small Picture set in Hyderabad by the graphic novel’s creative partnership of Jai Undurti and Harsho Mohan Chattoraj. Click on the strip below to read and enjoy, and then why not take some time to investigate further the work of all The Small Picture team…? 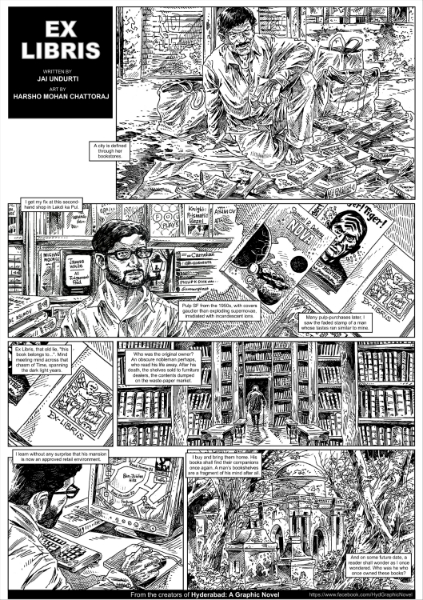