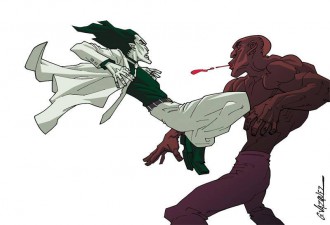 Fang:The Weeping Reaper is a Graphic Novel written by David Atchison and Illustrated by Gus Vazquez, with colors by Ross Campbell. It’s not available yet, but it’s a work in progress worth waiting for.

Gus has worked for Marvel and DC. Sunfire and Big Hero 6 was his first work for Marvel. As you may have heard, Big Hero 6 was just announced as Marvel/Disney’s first foray into a big studio animated project to be released on the big screen in 2014. He’s drawn such titles as The Amory Wars for rock band Coheed and Cambria, Spider-Man, Civil War, JLA and Green Lantern.  Most recently he headed up the storyboard team for the new Hulk and the Agents of S.M.A.S.H. animated television series coming in August from Disney XD.

David is a writer at 20th Century FOX in the story department where he helps develop films.   He co-created the Occult Crimes Taskforce with actress Rosario Dawson and illustrator Tony Shasteen. The OCT is currently in development for television with Valhalla Entertainment and the A&E Network. He penned the Method Man Graphic Novel for the Hip Hop mainstay and Grand Central Publishing. Atchison also co-wrote True Believer, a back door pilot for NBC/ Universal’s SyFy Channel. Other multimedia projects include Singularity for Activision Games and the Warriors Graphic Novel Adaptation for Paramount Pictures/ Dabel Brothers Pro. and has written And for Rage, this is only the begining.

As you can see in the images below, Gus’ rendition of Fang are fun and exciting, with lots of energy in the artwork! 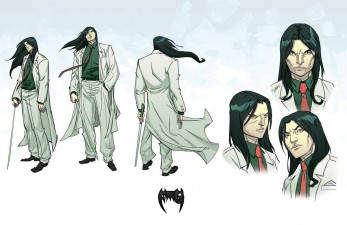 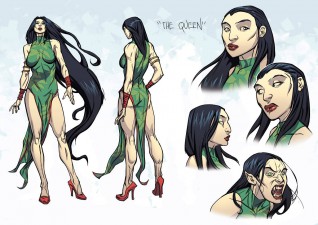 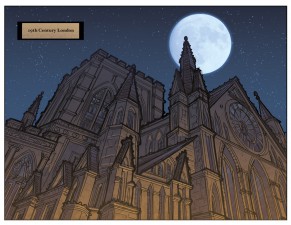 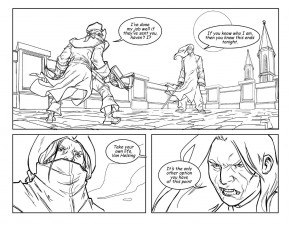 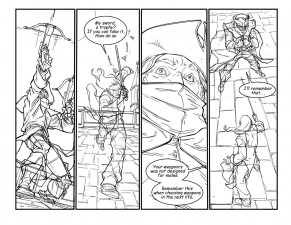 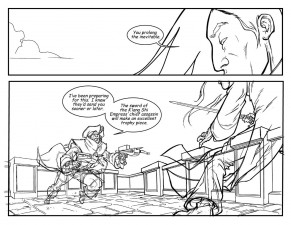 Fang is a little bit Hong Kong action cinema mixed in with vampires.  It’s John Woo’s the Killer meets Blade with a bit of Golden Child and Big Trouble in Little China thrown in for good measure.

FANG:THE WEEPING REAPER‘s facebook page is the official site to go to for all Fang related news.

There’s character designs, breakdowns of the book, and some other cool stuff you can find there. Go have a look, you won’t be sorry you did!

novel!  There are more incentives available!  Just go tot he Kickstarter campaign to check out what it’s all about!