Hugh Jackman, the star of the upcoming blockbuster film, The Wolverine, recorded a video to promote the 12th annual Free Comic Book Day, set for Saturday, May 4th, 2013. Free Comic Book Day is an International event where the entire comic book industry works together to raise awareness of comics and local comic book shops. Almost 2,000 comic shops all over the world will give away over 4.6 million comics published specifically for Free Comic Book Day to new and returning customers just for coming to their shops.

The Wolverine will be in theaters on July 26th, 2013, in 3D. Directed by James Mangold and based on the celebrated comic book arc, this epic action-adventure takes Wolverine (Hugh Jackman), the most iconic character of the X-Men universe, to modern day Japan.  Out of his depth in an unknown world, he will face a host of unexpected and deadly opponents in a life-or-death battle that will leave him forever changed.  Vulnerable for the first time and pushed to his physical and emotional limits, he confronts not only lethal samurai steel but also his inner struggle against his own immortality.

For more information about The Wolverine, visit http://www.thewolverinemovie.com 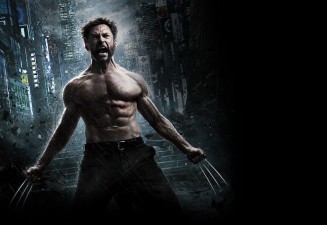