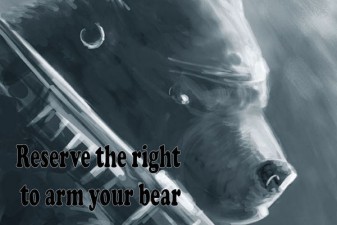 A comic book creator’s job is never done. As soon as one issue is in the can, another is taking shape. Everett Soares, creator of Sky Pirates of Valendor is laying the groundwork for his next volume on the heels of the epic release of the eagerly-awaited Volume 2. To do this, he is reaching out to fans for assistance.

Jolly Rogue Studios, publisher for the fantasy/steampunk comic book series has launched an IndieGoGo campaign seeking dead bodies. That is readers who would like to have either their likeness, or a character of their choosing appear in an issue of Sky Pirates of Valendor Volume 3: Pirate Wars. The only catch is the character doesn’t survive.

Fans have been offered three opportunities to be off’ed on-panel: a casualty of the Pirates Wars within a scene of an issue, a death scene on one of the issue covers and a huge death scene on the cover of the Volume 3 trade paperback, to be potentially drawn by a mainstream prominent artist. The wraparound cover to Volume 2 originated from a painting by artist Mark Sparacio.

Fans can enlist in the War on the publisher’s recruitment page at http://igg.me/at/deadbody/x/59574 until August 14, 2013. Incentives for enlisting include an autographed copy of the issue your character appears…and dies in, as well as the opportunity to promote a project and/or business in our ships manifesto to be featured in each issue of Volume 3.

When asked the plot for Pirate Wars, Soares explained “Off the coast of Gray Holt, a hurricane is brewing. In the eye of this hurricane is a stranded Khorii airship called The Hand of Might. You may be asking yourselves why this ship is so important. It’s Khorii’s newest tax ship. It holds the combined taxes and tribute for Terus Major and Terus Minor. The ship is known to hold so much gold you could use it to gain control of the Pirate Guild. The downside of the scuttlebutt is that it makes its way into a lot of ears, the wrong ears. Those ears belong to some of the villainous, deranged and darkest pirates Valendor has ever known. However one set of these ears belongs to the only pirate motivated by revenge, as opposed to greed. That is Tobin Manheim of the Rogue’s Revenge. There are many obstacles that Tobin Manheim must overcome to achieve his goal. The storm is only the beginning; soon he finds himself in the depths of full out Pirate Wars!”

Sky Pirates of Valendor Volume 3: Pirate Wars is slated to begin mid to late 2014. In the meantime, Volumes 1 and 2 are available through the series’ website, www.skypiratesofvalendor.com. The series is illustrated by Brian Brinlee, inked by Alex Rivera and toned and lettered by Steven Kuster.