One of the absolute highlights of this year’s BD & Comics Passion festival at the Institut français in London was Woodrow Phoenix’s interview with the legendary Jaime Hernandez, brought to the event by the Comica Festival team. Over the best part of two hours the two gents chatted gregariously about Hernandez’s Love & Rockets characters, his influences and inspirations, and his approach to the creative process. For comics aficionados it was a joy to watch such an engaging and insightful conversation on the stage of the Institut’s Ciné Lumière between two creators who had struck up such an obvious rapport. 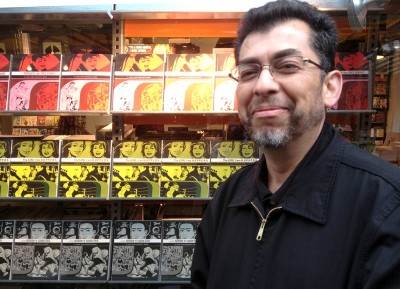 Unsurprisingly, this rare opportunity was a sell-out event. All is not lost, however, for those who missed out! Thanks to Culturethèque, the digital platform of the Institut français, the entire talk is available to listen to online or to download for later consumption. Whether you’d like to re-live that evening, or whether you’re looking to hear the discussion for the very first time, it’s there for your enjoyment after the simplest of registration processes. Click here to go straight to Woodrow’s chat with Jaime. 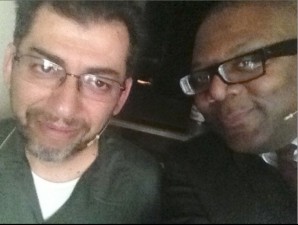 That’s not all though. If you read my report on BD & Comics Passion here at Broken Frontier earlier this month, and have been wallowing in self-loathing since at your lack of foresight in not attending the festival, then help is on hand. Not only is the Jaime Hernandez event available to listen to but so are talks with Pascal Garry (The Smurfs), Laurent Verron (Boule & Bill) and Pénélope Bagieu (Josephine).

A wonderful chance to revisit some moments from one of the most exciting celebrations of comics in the U.K. so far this year!