Since its debut in the autumn of 2011, the BD & Comics Passion festival at London’s Institut français has rapidly become an essential – even obligatory – date for the diary in our ever burgeoning calendar of U.K. comics-related events. Last year I spoke very enthusiastically here at Broken Frontier about all that was on show at the 2012 #BDComicsPassion. This year’s offering, though, surpassed even that, and underlined that this annual weekender – with its main focus on the world of European sequential art – has truly come of age.

Catering for all ages – from family sessions with Studio Peyo’s Pascal Garray bringing The Smurfs to life to a younger audience through late night drawing jams to the live music and rather naughty lyrics of the faux naive GiedRé – BD & Comics Passion has something for every comics-loving demographic. Once again, this year, the list of guests was a carnival of the eclectic, designed to both broaden your outlook on this amazing medium and celebrate some of its most renowned practitioners.

There was much to eagerly anticipate in the published line-up for 2013. In conjunction with Comica Festival Love & Rockets connoisseur Woodrow Phoenix spoke to guest Jaime Hernandez in a talk that, no doubt, was a festival highlight for many. But also on the weekend’s agenda were creators, both established and up-and-coming, of the stature of Marc-Antoine Mathieu, Edika, Posy Simmonds, Etienne Davodeau, Laurent Verron, Hunt Emerson, François Boucq, Glen Baxter, Pénélope Bagieu, Régis Loisel, I.N.J. Culbard, Mark Stafford and David Zane Mairowitz. 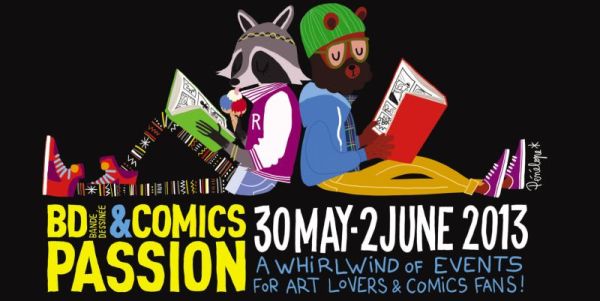 The creator interviews and panels were always fascinating with the particular highlights for me including, perhaps unsurprisingly, the aforementioned Hernandez sell-out, as well as Glen Baxter talking about his literary influences, and the SelfMadeHero-inspired, Alex Fitch-hosted chat on adapting classic novels to the comics page. And it would be criminally remiss of me not to mention that getting my copy of Peter Pan from Soaring Penguin Press sketched in by the amazing Régis Loisel was a rather splendid thrill. But what has really started to mark BD & Comics Passion out as something very different in our pantheon of London-based comics festivities is its truly quirky programming, which both delights and revels in presenting innovative new ways to promote this art form we all love.

I expect, ultimately, it’s this rather endearingly unconventional approach that will stick most steadfastly in the minds of punters when they look back on the 2013 #BDComicsPassion in the years to come. Observing artists at work to the live music of La Grande Sophie or GiedRé, for example. Or laughing at Hunt Emerson’s ink-flinging antics in one of those drawing jams perhaps? And who will forget the experience of watching in awe as Posy Simmonds and Etienne Davodeau constructed a comic narrative in front of our eyes, or fixating on the frighteningly brilliant imaginations of Emerson and Boucq as they collaborated on some darkly bizarre imagery on stage? 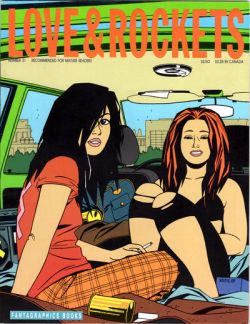 But topping all that in the minds of many, I suspect, will be Saturday night’s “Drink and Draw”. Tim Atkin was on hand to guide the audience through their sampling of five different wines while the alcohol-inspired flights of fancy of some of the weekend’s guests were being consecutively sketched and displayed on the giant screen behind. Now that’s my idea of a civilised evening of comics appreciation…

In just three years now the team at the Institut français have tirelessly strived to push our perceptions of what a comics festival can be. From workshops and films for the kids to talks and panels for the seasoned fan, through to those wonderfully eccentric special events, BD & Comics Passion has forged its own unique identity. I am not going to apologise for continually making this point via Broken Frontier… with the likes of BD & Comics Passion, Comica Festival, the Cartoon Museum, ELCAF and so many more, we are incredibly blessed in London at the moment for comic-based events. And that obviously extends across the country with the likes of Thought Bubble, The Lakes International Comics Art Festival and beyond.

It pains me to think that for far too many the idea of the “comics community” still goes no further than logging on to a comics message board and spitting out e-bile at complete strangers. There are so many opportunities now to get out there and broaden a horizon or two, enthuse with like-minded devotees, and appreciate just how expansive the potential of the comics form is. A hearty thanks to everyone at BD & Comics Passion and the Institut français for reminding us of that this weekend. Now, let’s start counting down to ELCAF…