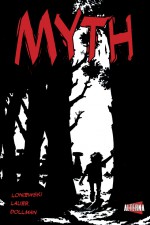 When most people read comic books, they have the chance to live vicariously through their heroes. The creators behind the digital comic book Myth are giving readers a chance to BE a hero.

By purchasing issue one of the comic published by Alterna Comics, readers can impact the lives of children effected by abuse and neglect.

Series writer Mike Loniewski and artist Dan Lauer are donating all of their proceeds for issue one to Childhelp.org, the leading non-profit organization for child abuse prevention and treatment. Working alongside Childhelp, the creators hope to make meaningful donations that aide abuse victims for as long as issue one is in existence.

“Myth was a story that began with my experiences working with special needs children who lived with abuse and neglect in their everyday lives.” says Loniewski. 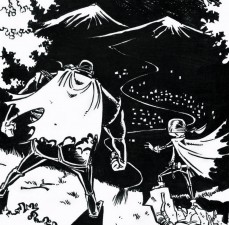 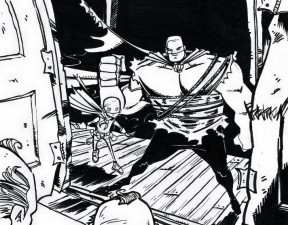 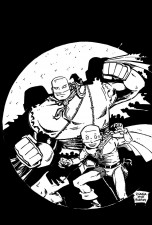 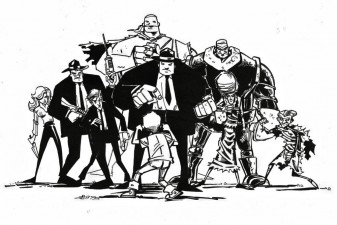 “I thought of a story where a child could escape that world and find a protector, someone to give him the strength to overcome the harm done by those around him. When it came time to release the book, we felt it could be more than just a story. It could be a way to make a difference.”

ChildHelp agreed. This past July, Myth was included in their month long campaign to promote healing and therapy through art. The book will also be finding its way into print to be used in ChildHelp’s residential treatment services in order to give children an empowering narrative in their recovery.

“Obviously, our goal is to make a difference.” says Loniewski. “We were honored to be included in ChildHelp’s Art Campaign. But, we feel we haven’t done what we’ve set out to do, which is to give something meaningful to the organization and the children they serve. We’re hoping to do just that with issue one of Myth.

Myth can be purchased on the digital comics platform, comixology.com. For $1.99, readers will be making a donation to a worthwhile cause, and getting a worthwhile comic book while they’re at it.

To donate directly to Childhelp, you can visit their website at www.childhelp.org.