It’s always difficult to predict what Paul B. Rainey will decide to work upon next. His history in comics is so varied and intriguing that it sometimes feels as if he may not quite know either. What he does know is his audience, and how to surprise and subvert their expectations.

His latest book, Why Don’t You Love Me?, focuses on Claire and Mark, a seemingly ordinary couple trying to cope with everything life throws their way. Their tale shifts subtly into more profound territory though, tipping over from the quotidian to something almost terrifying. It is a powerful, haunting work from an artist at the top of his game.

We asked Rainey a few questions about his first release with Drawn & Quarterly, how he chooses his colour palette, and what he hopes readers will take away from this. Here are his responses:

BROKEN FRONTIER: This is your first book with Drawn & Quarterly. How did that come about, given your propensity to self-publish?

PAUL B. RAINEY: I self-publish because I don’t feel I ever understood how to find a publisher for my work. Long ago, I took the view that it was better to write and draw and to get my stuff out there than to spend disproportionate energy approaching publishers in my haphazard and unprofessional manner only to be rejected or ignored. I like self-publishing, but I much prefer somebody else doing it for me. So, I sent Why Don’t You Love Me? out to various publishers over the years that I was drawing it and, blow me, once I had finished the story, Drawn and Quarterly offered to publish it! “They’re one of the best publishers!” I realised.  I fell off my chair! 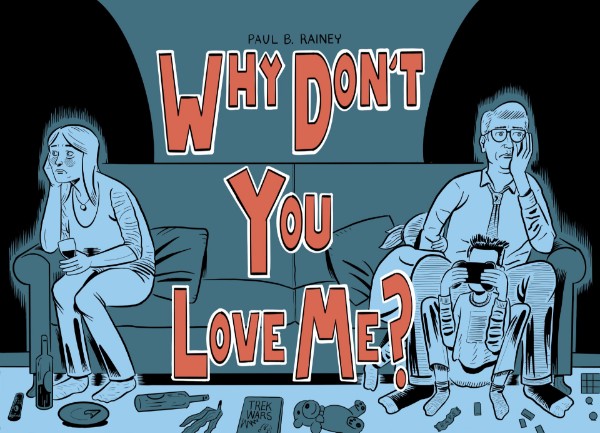 BF: Why Don’t You Love Me? subverts expectations in a way that is surprising, but also a little disconcerting. What would you like readers to take away from it?

RAINEY: I only ever really hope that readers enjoy it. That they buy into the world I’ve created. Perhaps, see something of themselves there. Maybe I hope that they laugh and cry, feel angry and even shit themselves a little bit.

BF: How do you go about choosing your colour palette for a particular work? Why switch from two tones to black and white alone, for example?

RAINEY: WDYLM is in black & white because I was channeling those old Sunday newspaper comic-strips that were about when I was younger, most notably Peanuts (I grew up in a Daily Mail house, I’m afraid) but also because it’s quicker than colour.

There’s No Time Like The Present was originally serialised as a self-published 13-part series and was in black and white. When Escape Books published the graphic novel collection, we thought it would be cool to add some grey tones to it. 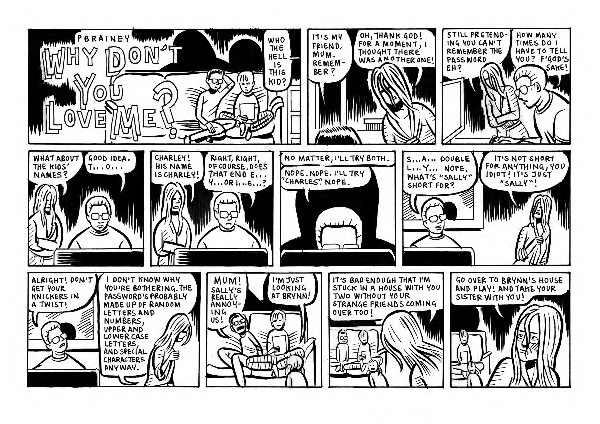 BF: It sometimes feels as if there is a lot of your personal life in most of your work, even the comics that seemingly have nothing to do with it, like A New Canon, or Thunder Brother: Soap Division. Is this a wildly inaccurate assumption?

RAINEY: Not really. I am my favourite subject. When I was a younger creator, I remember the feeling of liberation I had when I decided to dispense with a self-imposed pressure to create real and sympathetic characters who were not like me. Once I realised that I’m not that special, I found that injecting a bit of myself into my creations allowed me to create a wider range of characters, ironically. Many of my characters work in office environments, something I have had decades of experience of doing. I’m hoping that by calling upon this, I am adding levels of authenticity to the fictions I’m writing.

BF: Do you have an audience in mind when you begin working on something new, or do you rely solely on instinct?

RAINEY: It’s not solely instinct. I like the idea of creating comics for people who might not otherwise read them. People who enjoy watching classic British TV soaps, for example. Someone who might take pleasure from a kitchen-sink drama with a sly bit of sci-fi terror slipped in under the surface. 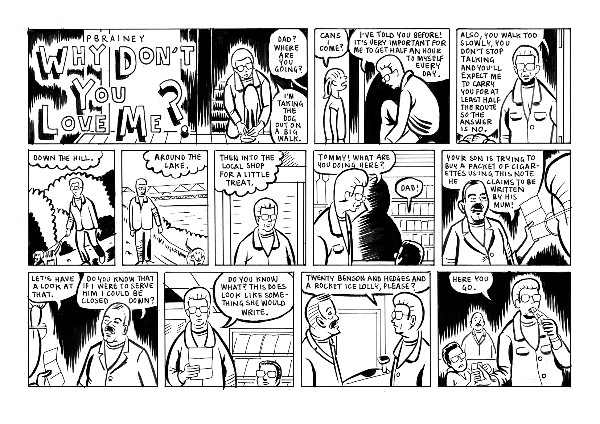 BF: Where do you see the crowdfunding model go from here, given that more and more traditional publishers seem to be risk-averse these days?

RAINEY: I’ve run three Kickstarter campaigns so far, but I don’t feel I have any special insight apart from, if you’re a self-publisher, it’s worth a go. If you’d have told me ten years ago that, one day, there will be a way to break even financially making comics, I would not have believed you.

BF: You have been working in this space for a long time now. How would you say the comics industry has evolved in terms of taking risks with new writers, or addressing issues of diversity?

RAINEY: I can’t help but think of the industry and comics as separate things almost. It seems to me that if the industry prioritises quality then everything will be alright. But, also, we don’t live in a meritocracy and so those without representation need mindful attention. But when I think about actual comics today, it’s like a big-bang in my mind. Just take a walk around the marquees at Thought Bubble, for example. Table after table after table of stunning comics made by a wide variety of artists for as far as the eye can see. Amazing! 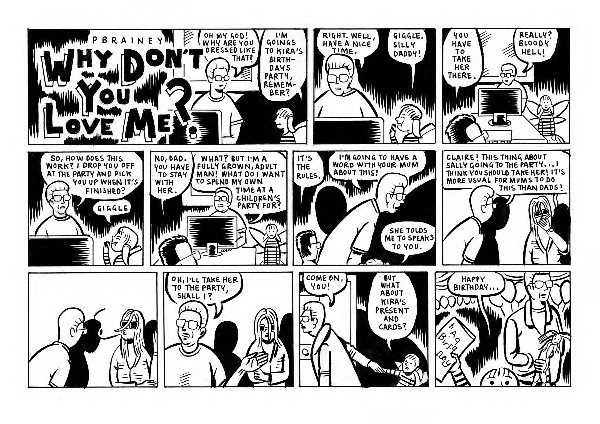 BF: You champion the work of a lot of fellow artists on social media. Is there anyone you are particularly excited about, that you would like to direct your own audience to?

Pre-order Why Don’t You Love Me? online here

Paul B. Rainey will be signing copies of Why Don’t You Love Me? at London’s Gosh! Comics between 1pm and 2pm on Saturday February 4th, 2023

Tags: drawn and quarterlypaul b. raineywhy don't you love me?