SelfMadeHero has provided BF with a preview of its adaptation of Franz Kafka’s The Castle, available now in finer comic shops and bookstores.

For the 170th anniversary of his birth, Franz Kafka’s classic tale gets the graphic novel treatment following SelfMadeHero’s critically acclaimed adaptation of The Trial. The protagonist, K., arrives in a snowbound village which is overshadowed by a castle. That’s where the bureaucrats live but K. finds getting access to them is an impossible battle of endless paperwork, rules and regulations that dictate daily life in the village. His efforts lead to misunderstandings and transgressions that bring him into increasing conflict with the authorities. The Castle is a surreal parable that explores Kafka’s familiar themes of solitude, bureaucracy and alienation.

The Castle is adapted by writer/ playwright David Zane Mairowitz whose previous work for SelfMadeHero includes Crime and Punishment and The Trial, and it is illustrated by Prague-born singer/artist Jaromír 99. 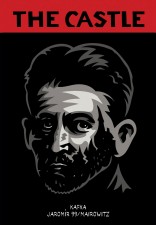 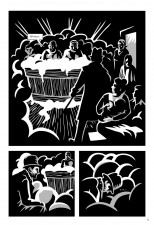 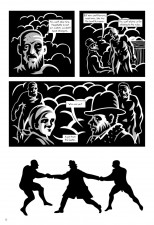 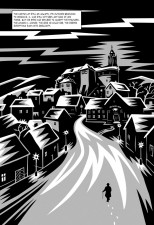 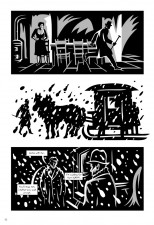