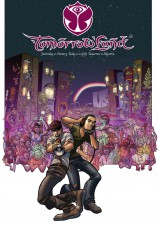 From the Eisner award-winning writer of Spider-Man, Wolverine: Origin, The Inhumans and The Darkness comes a music-led adventure like no other!

Meet Dimitri Vegas and Like Mike, two young DJs – and the public faces of the world-renowned Tomorrowland festival – as they are drawn into an impossible adventure to save the vital spark of creativity!

Over the course of this retina-blasting fantasy adventure, the pair find themselves sucked into an eternal war between two worlds – a battle waged between the forces of creation and destruction for the energy we all carry inside us. It’s a war we’re rapidly losing – but can two DJs turn the tide over the course of just one festival?

There’s only one way to find out! 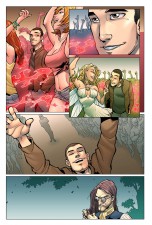