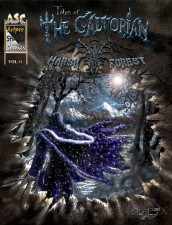 ASC will be launching a funding campaign for its first book Titled “Tales of the Galtorian: Harsh Forest”, a medieval / steampunk themed fantasy adventure featured on Kickstarter. Launching of the book is planned for early October of 2013.

This campaign is for Vol 1, a 28 page FULLY-COLORED comic book written/Illustrated by Kurt Phaneuf from ASC (Artpro Studio Comics). This will be the first of a 9 part miniseries which is aimed at being completed in one year’s time (first volume only). *more pages will be added when stretch goals are unlocked!*

Storyline Premise
Why are people going missing around the towns in the land of Lythindorn? Two people (Matthias a huntsman and his Daughter Eliza) go missing in a harsh winter’s forest while being followed by a dark cloak figure amongst the woods. The young huntsman must rediscover himself and learn to deal with his choices both present/past, all while trying to escape the harsh winter’s forest from the dark powers that have befallen it. 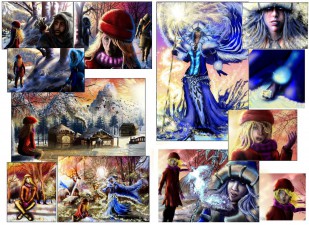 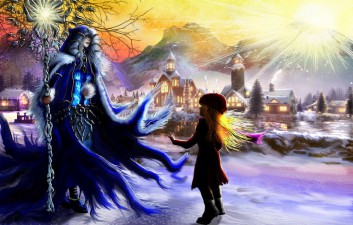 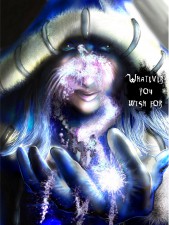 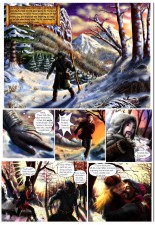 Kurt Phaneuf has been illustrating for 15yrs now as a freelance artist producing a lot of commission work throughout most of his career illustrating things such as wildlife, landscapes, portraits etc. But the idea of creating his own Graphic novel/comic book was always lingering in the back of his mind.

“Comic book creating has always been my first love in the artistic world, and I’m more than ecstatic to finally be a part of it all. It’s a big step forward. That plus I’ve never seen myself as a writer before. However I’ve had to keep pushing my skills into newer territory and challenging myself to complete all these storylines, original artwork and characters, while keeping them true to their theme. I’m a firm believer of high quality visuals with great plots, which is what my readers should expect from me every time”. – Kurt Phaneuf  ASC