Projects like Joel Christian Gill’s Tales of the Talented Tenth may be celebratory in intent, but they are also a vital reminder of how much work there is still to be done in making visible the stories of key Black figures who have largely been erased from an “official” history. One, of course, written largely from a white perspective. We’ve all seen pushback on attempts to decolonise curricula, or ill-informed objections to historical representations of people of colour in our entertainment media on the erroneous assertion that they are inaccurate. History written by the privileged for the privileged after all isn’t looking to interrogate and explore. Rather it’s seeking to maintain a status quo that rewards the self-interest of the oppressors over the oppressed. 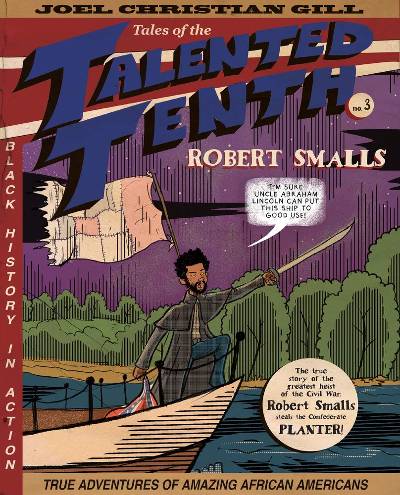 Presented in an album style format that has something of a European comics feel, Tales of the Talented Tenth spotlights the story of a different African American name in each edition. The most recent issue showcases Robert Smalls, whose remarkable story took him from slavery to politics. Born in South Carolina in 1839, Smalls’ childhood came to an abrupt end when he was sent to work on a plantation; a direct result of becoming too friendly with the children of the slave-owning family he “belonged” to. From there Gill follows his exploits through the decades; his attempts to buy freedom for himself and his family, the encroaching realities of the Civil War, and his time as a sailor working aboard the CSS Planter. 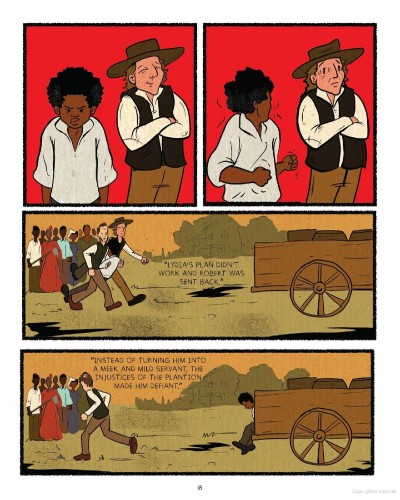 It’s that latter period that makes up much of Tales of the Talented Tenth #3’s focus. We join Smalls and his collaborators in the midst of the Civil War as they attempt to pull off an ambitious plan to steal the CSS Planter and sail a boatful of Black slaves to freedom. Gill never compromises when it comes to depicting the realities of the horrors the characters faced but at the same time balances this with an ultimately triumphal tone of an inspirational life. An epilogue gives extra context to Smalls’ subsequent years, his later political achievements, and the lost opportunities of the Reconstruction period. 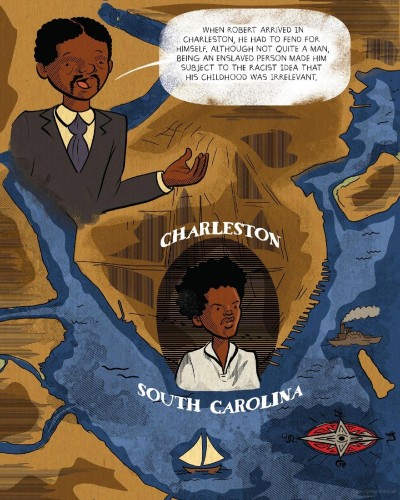 Gill’s cartooning eschews elaborate extravagance for a clarity and expressive purity that is much to the benefit of the character-led nature of the narrative. His use of lettering effects is also exemplary in stressing the harsh truths of certain aspects of the casts’ lives. In particular, the recurring substitution of an image for a racial slur which removes the word but retains the venom behind it. Appropriating speech balloons for flashbacks is also a clever way to juxtapose past and present within the same panel. 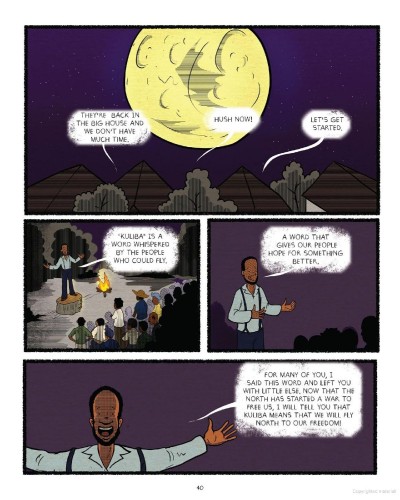 Tales of the Talented Tenth #3 is one of those examples of comics that are truly “all-ages” in that they will connect with children and adults alike, without excluding the first or patronising the second. Most importantly, though, you’ll leave its pages wanting to investigate the life of Robert Smalls further which, ultimately, is the greatest compliment to Gill’s stated intentions in bringing this story to the comics page.