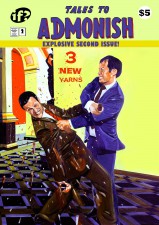 Continuing in the vein of the first iconoclastic issue, fellow Australians Matt Kyme (That Bulletproof Kid) and Andrez Bergen (Who is Killing the Great Capes of Heropa?) put aside logistical differences — Kyme being in Melbourne whereas Bergen lives in Tokyo — not only to deliver three cracking new yarns, but ghoul detectives Roy and Suzie return to slay vamps with ‘Adam’s Ribs’, the golden age comics femme fatale Bullet Gal swings into action in ‘All Fur Coat, No Knickers’, and in the last chapter two survivors of a post-apocalyptic Melbourne search for refuge but get just desserts in ‘Salvation Nation’.

Only $1 for the digital edition direct from new indie Aussie publishers IF? Commix. 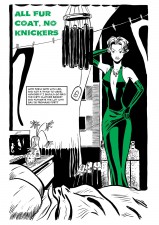 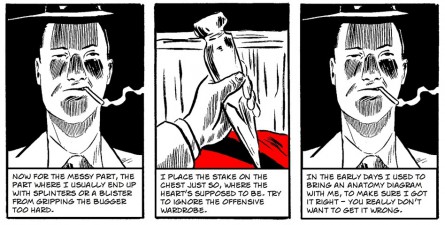 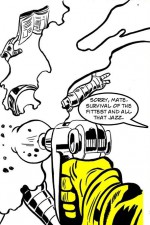