Grid Animation, Belgium’s premier animation and visual effects company, has acquired the option to create the feature film version of Michel Gagné’s graphic novel, The Saga of Rex. Production is expected to start in the summer of 2014 with Gagné attached as director. The animated film will be a European co-production with main production taking place in Brussels. 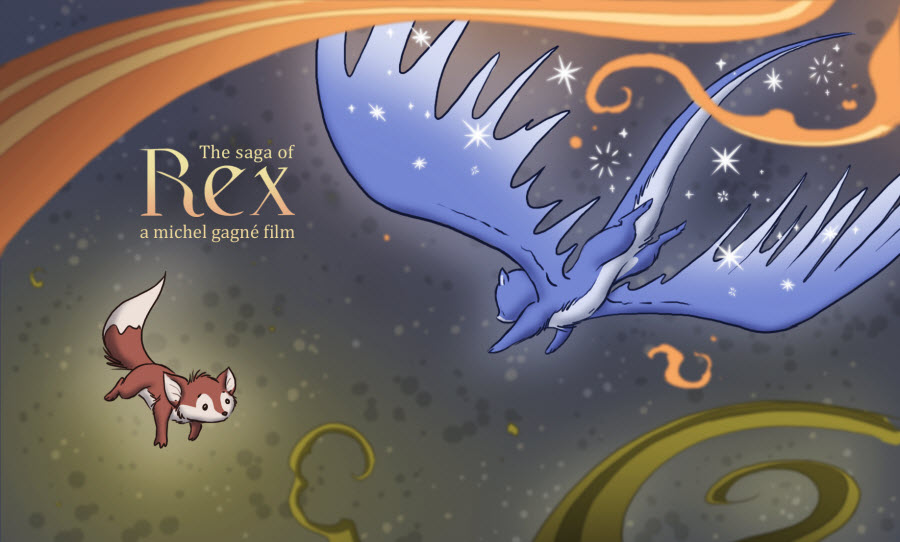 The Saga of Rex was initially serialized over a period of 6 years, from 2005 to 2010, in the acclaimed comic anthology, Flight. It was compiled and published as a graphic novel in 2010, by Image Comics. Following a successful Kickstarter campaign, Gagné was able to produce four minutes of animation demonstrating the potential of bringing the story and imagery to animation.

“Years ago, I discovered The Saga of Rex in Flight, and I immediately loved it,” said Mark Mertens, Managing Director for Grid Animation. “After the Kicktarter campaign, I contacted Michel to inquire about the rights for the movie. I was thrilled to discover that they were still available.”

Since 1995, Grid has been providing services such as 3D, 2D, VFX, and set supervision for advertising and film production companies from facilities in both, Ghent and Brussels, Belgium. More recently, they started organizing complete productions for advertising and corporate assignments, as well as acting as a co-producer for international animated films. Last year, they were awarded “Animation Producer of the Year” by Cartoon Forum.

“I’m extremely excited about the prospect of working with Grid Animation and have access to the amazing European talent pool,” said Gagné. “With a proper budget, and an inspired team to help me fulfill my vision, my dream of making an animated feature film that is a poetic work of art is now closer than ever to becoming a reality.”

Michel Gagné is a veteran filmmaker, animator, comic artist, author and video game designer with over 25 years of experience. He was awarded a BAFTA (British Academy Award) and an Annie Award in 2010 for his video game, Insanely Twisted Shadow Planet.