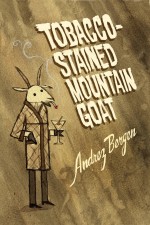 The critically-acclaimed 2011 tale of a near-future noir/dystopia gets a huge sequential art treatment — with new plot twists included.

The back-cover spiel read thus:
“Cut to Melbourne, Australia — the most glamourous city in the world. It also happens to be the only one left standing, but nevermind that, we’re there now and I’d like you to meet your narrator, a certain Floyd Maquina, a likeable chap with one hell of a story to share. See, the powers that be are knuckling down on the Deviant menace that plagues the city, and our boy Floyd’s unknowingly got himself in the thick of it. Cue guns, intrigue, kidnappings, conspiracy and all sorts of general mayhem that make for cracking good headlines.
Does Floyd stop the bad guys? Does he get the girl? Does he make Humphrey Bogart proud? Grab some popcorn and read on.” 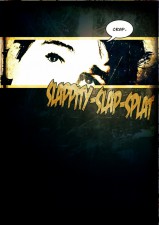 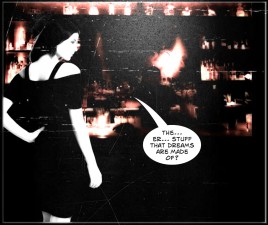 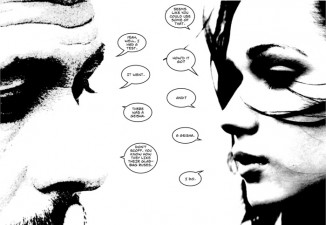 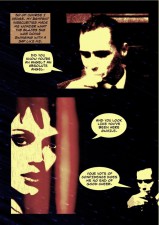 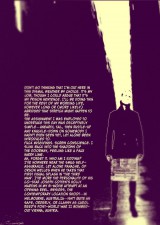 The comic book adaptation, set to weigh in at 130+ pages, while touching upon similar territory as the novel — with key characters Floyd and Laurel — will also be a little different, and include material from Bergen’s ulterior books.
Also, it will include behind-the-scene tidbits, pin-ups by other artists, Hylax and Webley-Fosbery collectibles, and brand new plot content.

Tobacco-Stained Mountain Goat (TSMG) is an essential yarn that rolls in together a wealth of cultural influences and pop-culture nuggets with a noir tale of love, betrayal, corporate violence and intrigue — set in near-future, last-city-on-earth Melbourne.
The critiques of the original novel from Andrez Bergen sizzled, including these gems:

“An incredible novel, completely unexpected and with such a wonderfully rich and unique style that is simply mesmerizing, unmissable.”
SF BOOK REVIEWS

“I can say without qualification that not only is Tobacco-Stained Mountain Goat one of my Top 5 Reads of 2011, it is one of the most creative and engaging books I’ve ever read — period. My mind is completely blown.” REVIEWS BY ELIZABETH A. WHITE

“Destined to be a cult classic.”
DEAD END FOLLIES

“Holy shit, I loved this book.”
DEATH BY KILLING

Now the author of TSMG, Andrez Bergen (also the writer of Who is Killing the Great Capes of Heropa? along with the Tales to Admonish and Black/White comic-book series, and an artist in his own right) is assembling a 130+ page sequential art version of Tobacco-Stained Mountain Goat, set to be published at the end of July 2014 — in order to expand a universe that’s been further tweaked in subsequent novels.

He will be doing both art and text.