Details below about a new multi-media comics venture looking at the importance of vaccines and immunisation. This is exactly the kind of socially responsible project we like to get behind at Broken Frontier so do get in touch if you are involved in something similar and want a shout-out for it.

Writer Nabeel Petersen and Artist Mohamed Hassan Present One For All, All for One,  An Ambitious Comic About Immunisation and Vaccination Narratives

The Comic Will Be Available In Print and Online in November

With Help From an International Team From Malawi, South Africa and UK, ONE FOR ALL, ALL FOR ONE is a Multimedia Project That Celebrates Collectivist Approaches in Science 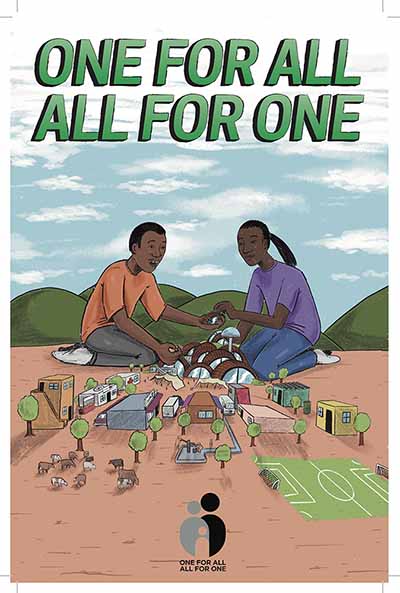 One for All, All for One is an ambitious multimedia project that merges comics, film, and public events to create a compelling and timely look at the importance of immunisation and vaccination narratives. At the center of the One for All, All for One experience is a single issue comic book written by Planet Divoc-91’s Nabeel Petersen and illustrated by Cape Town street artist Mohamed Hassan. The comic will be available digitally from NHS Vocal’s website beginning 14th November 2022, ahead of the print publication date timed to The Global Health Network Conference in Cape Town, South Africa on November 24th. The comic will be published in English and Chichewa and will be shared with the public, in clinics, with researchers with governments and public health authorities in Malawi, South Africa, UK and beyond with the aim that they will inform and create further conversations around vaccines and immunisation. A motion comic of One for All, All for One is being created by editor Kauthar Dramat and Yankho Seunda, Sound Producer (Ntondo Creatives). 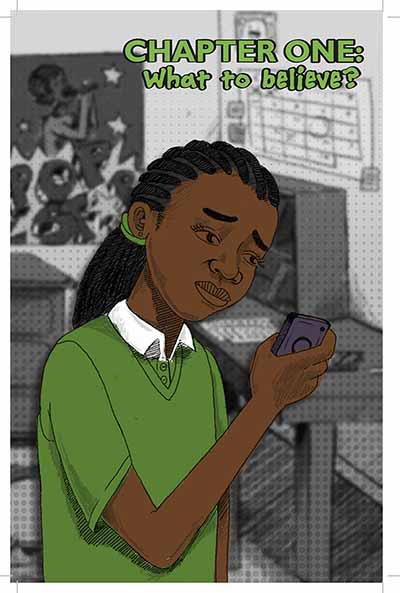 “Vaccines are one of the most effective tools that we have to protect people against life-threatening infections,” said Prof. Bella Starling, Co-Director of One for All, All for One. “Yet vaccine hesitancy is on the increase worldwide, prompted by misinformation, poor access and infrastructure, suboptimal communication from clinicians, public health and policy makers, and lack of awareness. For me, the co-creation of the comic’s narrative (with scientists, healthcare workers, community and faith leaders, young mothers, young adults and artists) is one of the most important aspects of this project.” 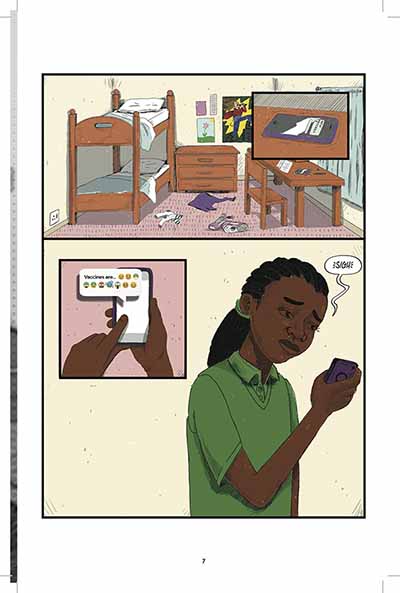 Based upon collaborative discussions with people from Malawi, South Africa and the UK, as well as evidence from scientific, social scientific and science communication research, One for All, All for One is a four-chapter comic which follows young siblings, Tadala and Mayeso, as they navigate myths and misinformation, see the influence of opinion makers and social media, learn how to come to their own conclusions, and see the long-term impact of their involvement in community research projects.

“We chose comics as the medium because they cross cultural boundaries and allow for audiences of all literacy levels,” said writer Nabeel Petersen of Interfer. “We hope that the comics will encourage people, policy-makers and researchers to think further about how they might collaborate in equitable and positive ways.” 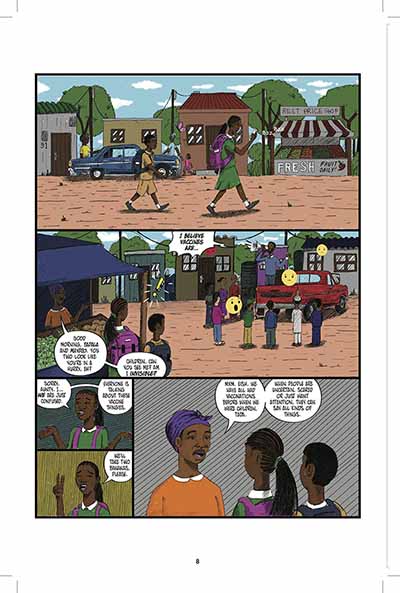 “We recognised there was an opportunity to explore narratives around community protection in accessible ways, using creative arts to spark conversations,” said Sara Kenney of Wowbagger Productions, who is the Engagement Strategist for One for All, All for One. “We were particularly interested in exploring a story that encourages researchers to think about how they create spaces where they respond to questions and listen to the health needs of their community.” 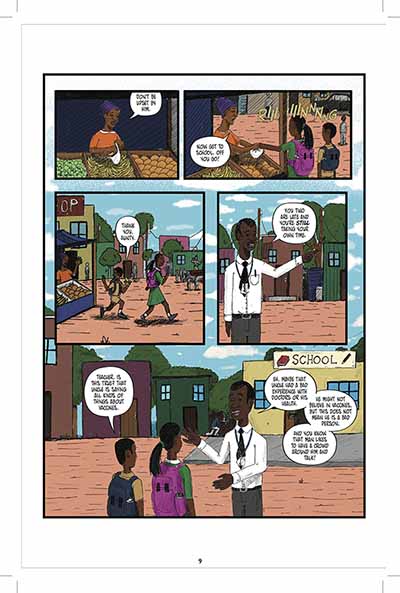 ‘Working with different community groups on this project has been a game changer,” said project manager Rodrick Sambakunsi. “The ambition was to ‘listen’ rather than ‘tell’ and to use workshops with participants that included communities, village and faith leaders and policymakers in Malawi to co-create the narrative of the comics. The final comics reflect the questions and discussions that took place in the workshops and are informed by evidence from science communication and social science research, and their different insights and perspectives have contributed greatly to the project.” 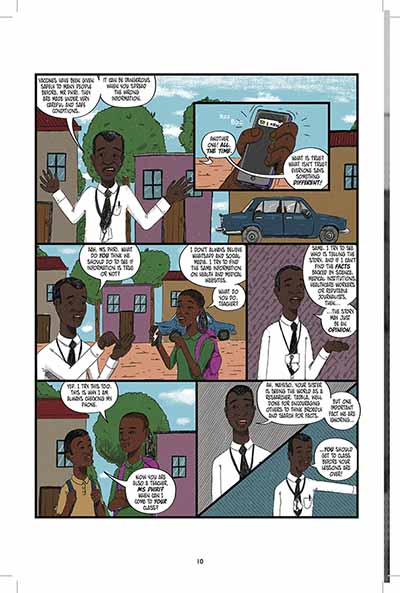