Translated from the original Spanish edition, Voices That Count is described by English language publishers IDW as an “anthology [that] dissects what it means to be a woman in today’s hyper-masculine world.” Showcasing the work of all-female creative teams, it’s a collection that blends slice-of-life and autobiographical comics to explore themes of gender imbalance in society and the effects of toxic masculinity. It’s also an excellent resource for being introduced to the practice of European creators that readers may not be familiar with. 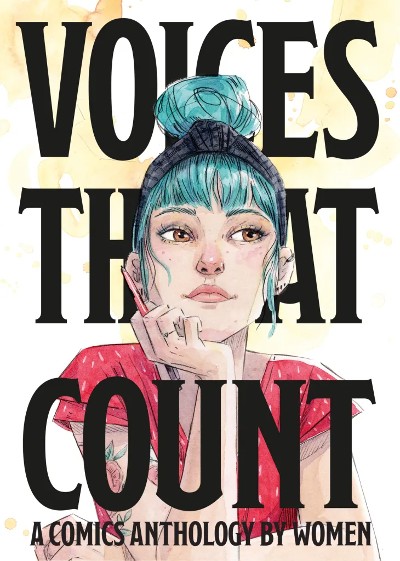 The anthology’s social commentary can be both incisive and celebratory. The opening story ‘Julio’ written by Julia Otero and illustrated by Ada Diez (below), for example, is an inspiring account of her relationship with her supportive father whose feminist ideals played such a significant role in her life. Other offerings can take a more playful approach such as Lola Garcia’s ’24 Hours’ with appealing cartooning by Agustina Guerrero. Its gender-swapped workplace wherein men are sexualised, earn less, and a notable minority, is perhaps an obvious premise but that in no way limits its effectiveness or its message. 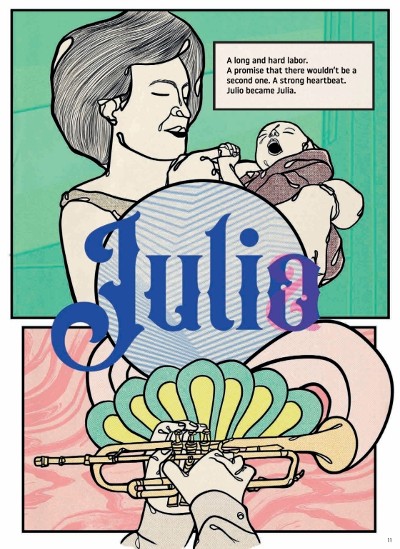 The standout entry is Diana López Varela and Akira Pantsu’s ‘The Bug’ (below). Varela’s story of how her relationship with her body changed after a body-shaming incident at school is a powerful story of living with an eating disorder, acceptance and recovery. Pantsu’s art is key in communicating the emotional beats of the story with its initial delightful manga stylings becoming increasingly morbid and darker in tone as the tale progresses and its protagonist’s mental health deteriorates. 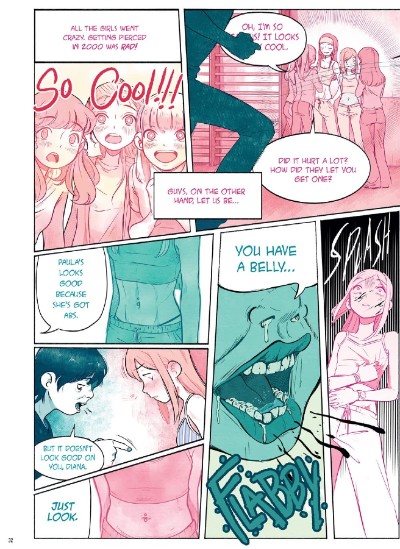 ‘Turtle Steps’ (below) written by Sandra Sabatés provides us with a trip through timeframes that underlines that the fight for equality in employment and wider rights may occur only in small increments but that makes those achievements no less valid. The art here by Sandra Cardona with its considered colour choices to mirror historical eras is one of the visual storytelling highlights of Voices That Count. Similar themes in a very different context run through Patricia Campos and Sara Soler’s ‘Mzungu’ with multiple instances of breaking expectations in terms of assigned gender roles in careers, sport, and society. 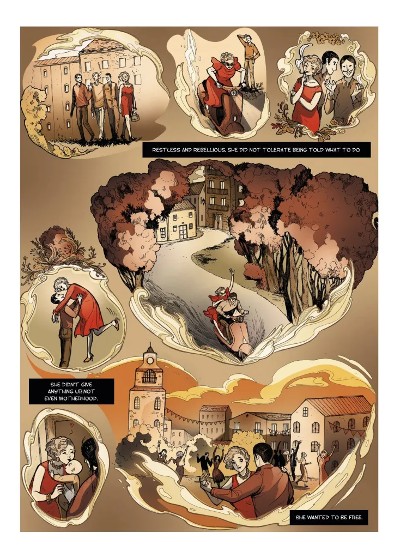 Voices That Count is a thoughtful collection of stories backed up with pages of personal insights from the creators involved that add extra context and insights into the nine shorts collected here. That the creative line-up also give readers a number of possibly unfamiliar names to investigate further is a definite bonus.