Mental health awareness issues and veterans are rarely touched on in UK comics (Samuel C. Williams’s At War with Yourself being a notable exception). Welsh Arts in Health charity Re-Live have announced a new anthology tackling the subject. Coming Home is edited by filmmaker Steve Sullivan (Being Frank: The Chris Sievey Story) and features the final work of veteran comics artist Ian Kennedy (below). More details in the press release below. 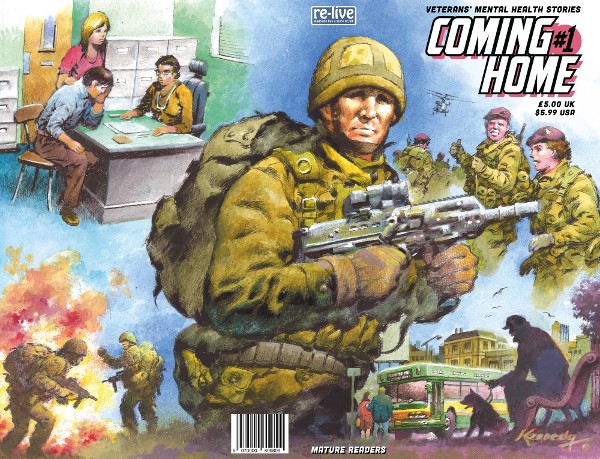 Having established themselves firmly in the theatrical arts space, Welsh Arts in Health charity Re-Live are turning their attention to the world of comics as a fresh way to share stories of military veterans in a new anthology comic entitled Coming Home.

Established in 2006, Re-Live have built a reputation in their native Cardiff for translating under-represented people’s stories into award-winning theatre projects. During the pandemic, Re-Live launched a new online Life Story group for veterans, with the aim of exploring their experiences of mental health. The participants expressed their love of the comics medium, and so Re-Live began developing a Life Story comic with the group. 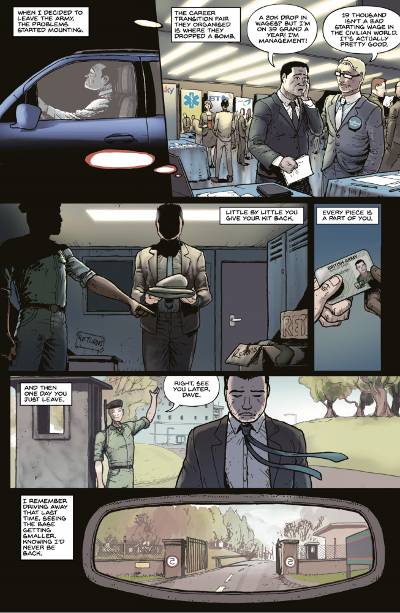 Art by Clark Bint and lettering by Josh Hicks

“We’re honoured to be sharing some of the hidden mental health stories of veterans, and hope Coming Home sheds light and understanding on the impact of military service on some of our service people,” says Re-Live Artistic Director, Karin Diamond. “Comics have proved to be a powerful and therapeutic medium to help get these stories out there.” 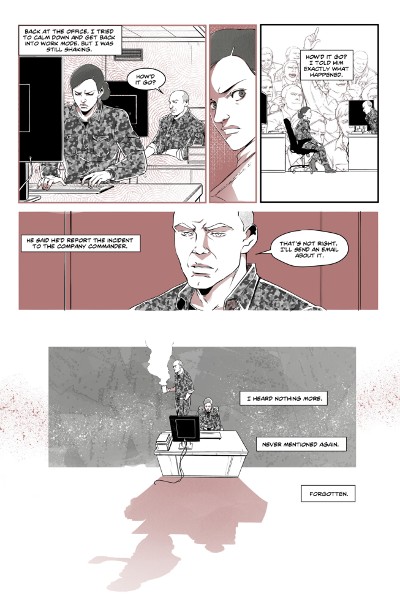 Art and lettering by Emma Vieceli

Coming Home would appeal to fans of traditional war comics, but promises to give readers a deeper insight into military life than the traditional heroic tales. Through presenting true stories, Coming Home crosses over into the popular autobiographical comics genre, and also sits within the emerging literature of Graphic Medicine combining comics and healthcare.

“I’ve always loved comics, but as a filmmaker I’d never had the opportunity to make one before,” says Coming Home Editor Steve Sullivan. “So when I was approached by Re-live to take part in this project, I jumped at the opportunity.”

Sullivan continues, “It’s a testament to the power and emotion of our veterans’ mental health stories that we were able to attract such a stellar list of artists to help bring them to life.” 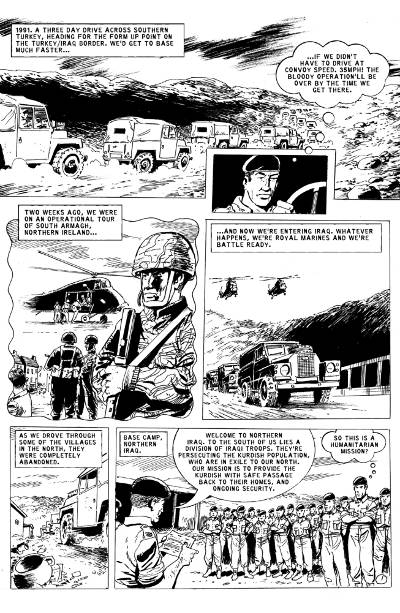 Among the incredible British comics talent involved in the project is the legendary Ian Kennedy, whose wraparound cover painting for Coming Home was the last thing he completed before passing away in early 2022, aged 89.

“It was such an honour to have Ian agree to paint our cover – and the fact it was the last thing on his drawing table when he passed away is truly humbling and poignant to us,” adds Sullivan. 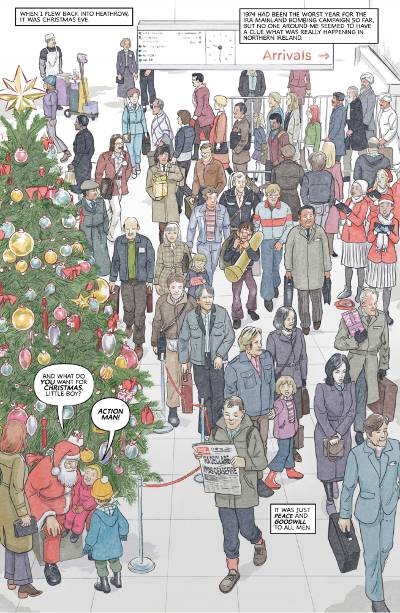 You can follow the comic’s progress at www.re-live.org.uk/cominghomecomic ahead of its official retail release in November. Coming Home will be available via all good comic stores (visit comicshoplocator.com to find your local one) and is being distributed by Diamond Comic Distributors. Readers are encouraged to pre-order their copy at their local comic shop now using order Diamond’s order code SEP221929. Orders close September 18th 2022, and the comic ships in November.