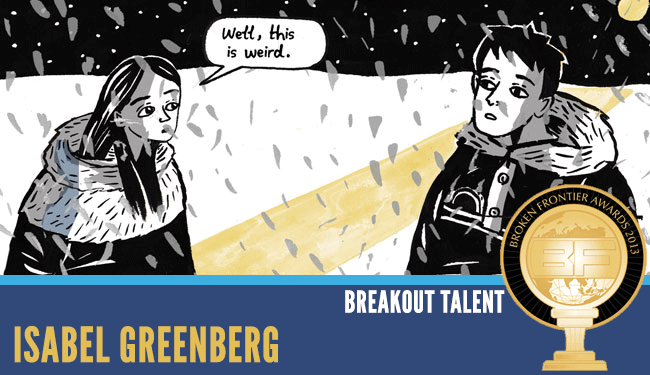 To be slightly parochial for the moment – but appropriately so, I think, given the nominees in this category – it has been a truly remarkable year for emerging graphic novelists in British comics publishing.

With the likes of Jonathan Cape, Myriad Editions, Nobrow Press and Blank Slate Books, among others, continuing to play a most determinedly proactive part in introducing exciting new creative voices to us perhaps it is unsurprising that Broken Frontier’s Breakout Talent Award this year was so dominated by U.K. artists. In truth, you could scour through the 2013 back catalogues of all our excellent Brit publishers and quite easily come up with a complete set of equally deserving alternatives to our staff nominations. That’s the kind of twelve months we’ve had and I have no doubt 2014 will be just as impressive in that regard. 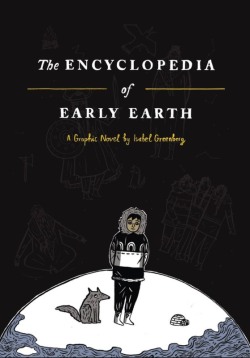 The strength of the talent in this category then was exceptional, making the final choice all the more difficult for those participating in the voting process and, consequently, all the more of an achievement for the winner. In the year that her long-awaited, and most eagerly anticipated, The Encyclopedia of Early Earth was published by Cape it’s Isabel Greenberg the Broken Frontier staff and readership have decided is 2013’s worthy rising star!

While many may have come across her work for the first time in The Encyclopedia, Greenberg has of course been a noticeable presence on the U.K. small press scene for a while. When she won the Observer/Jonathan Cape short story competition with ‘Love in a Cold Climate’ – the tale that bookends The Encyclopedia of Early Earth – back in 2011 it was abundantly clear that we had a major new comics luminary in the making. In recent years we’ve enjoyed tantalising but all too short glimpses of that ability in anthologies like Nobrow Press’s A Graphic Cosmogony and Tom Humberstone’s Solipsistic Pop; in her own self-published books such as her Barnum zine or the Guardian-commissioned River of Lost Souls; or even in her more ephemeral projects – a couple of her fold-out panoramas are staring down at me from my shelves as I type these very lines…

But, ultimately, it’s that first critically-acclaimed, long-form work, The Encyclopedia of Early Earth that has earned Isabel this year’s BF accolade for up-and-coming talent. Reviewed here at Broken Frontier earlier this year The Encyclopedia is set in a hitherto undocumented era in human history and recounts the legends and folklore of this world through a travelling storyteller on a spiritual quest. It showcases Greenberg’s skill at reclaiming familiar elements of myth, fable and religion and putting her own idiosyncratic spin on them; something she has similarly done in her playful retellings of fairy tales in Great Beast’s Tall Tales and Outrageous Adventures, also published at the tail end of this year. 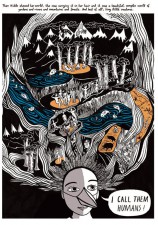 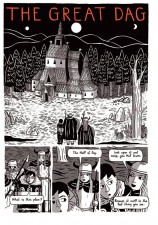 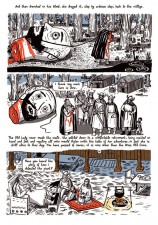 Presented with a folk art sensibility, Greenberg’s layouts have a slightly cheeky, always engaging charm to them that I said in the aforementioned review reminded me a little of Oliver Postgate’s Noggin the Nog. It’s that “carefully constructed faux naivety” that is so effective in creating this sense of a lost period of human culture but Greenberg also has a deft touch in visual characterisation that ensures the reader always empathises with the poignancy, the magic, the foibles and the wonderful outright silliness inherent in her cast of players. 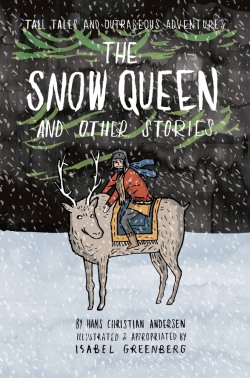 However this category evolves in terms of how it’s named this is always the most intriguing and fiercely contested section in our annual round-up, and the five featured creators on the poll this time round provided a splendid reflection of the rude health of the independent side of the industry. I said it in 2012 when Ravi Thornton and Andy Hixon’s The Tale of Brin & Bent and Minno Marylebone won this award’s spiritual predecessor but it bears repeating: our Breakout Talent Award represented a field of quite extraordinary nominated work.

Each and every one of the creators here deserves your attention both for their output over the last twelve months and for what’s to come in the future. Amongst such incredibly strong competition it’s a true testament to Isabel Greenberg’s enchanting approach to mischievously re-imagining the worlds of myth and legend that she was voted top Breakout Talent by the BF staff and readership!