What I have always appreciated about Dan White’s Cindy and Biscuit comics is the way in which the artist has constantly shifted his presentational (and as a result his narrative) approach to his young heroine and her canine companion’s adventures. We’ve seen them on their monster-hunting misadventures in short strips, in a long-form tale, in work that plays with comics’ relationship with the passage of time, in newspaper-style strips, and in flashback to Cindy as a toddler. Cindy and Biscuit: End of Level, White’s latest outing for the partnership, once again adopts an alternative perspective to give us insights into Cindy’s world and why she sees the world the way she does. 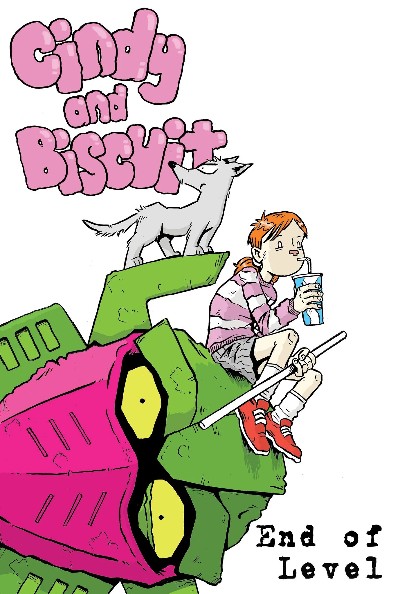 Every Cindy and Biscuit comic may be someone’s first so in that lost Marvel tradition of keeping readers up-to-date with their characters in each new issue a quick explanation of the strip’s premise. Cindy is a rather solitary little girl whose only real companion is her dog Biscuit. In an otherwise ordinary existence of school days and family life with her mother, Cindy constantly sees off threats from the likes of ghosts, aliens, robots, mermaids and more. All of whom may, or may not be, part of her vivid imagination… 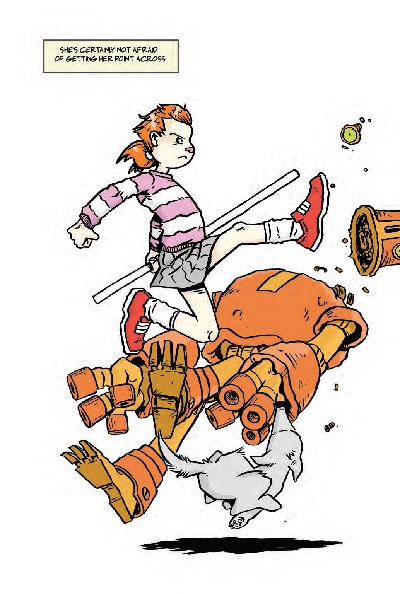 End of Level once again toys with form. This time through the storytelling tools of parallel yet inextricably tied narratives. It juxtaposes a reading of Cindy’s current school report with full-page images of her in action with Biscuit, taking on a variety of monstrous foes. While that reflective commentary can have a quiet wit its greatest strength is in its reminder of the poignant reality of a young girl who has cut herself off from all around her and stepped back into her own world.

White’s cartooning is as energetic and action-packed as ever but here the single-image pages really allow us to appreciate both his character designs and the expressiveness of his visual characterisation. Cindy and Biscuit remains a British small press comics institution. Long may the pair’s adventures continue.