Damian Wayne is (or was, until recently) the son of Bruce Wayne and Talia al Ghul, having been forged out of that unlikely upbringing into the latest in a long line of Robins, sidekick to Gotham’s Dark Knight. All that, of course, came to an end recently, with Damian breathing his last in the pages of Batman Incorporated, victim of a villain called the Heretic, Damian’s own clone.

Now, from  veteran writer-artist Andy Kubert, comes a completely different take on the character, in a world where Batman lost his life at the hands of the supervillains he had dedicated his life to fighting. In the vein of DC’s Elseworlds stories of years past, Damian: Son of Batman takes characters in a direction they never could be taken within mainstream continuity. With Batman dead and the hero’s legacy in tatters, Damian decides, at his mother’s urging, to leave behind his role as Robin and to take up the cowl for himself. 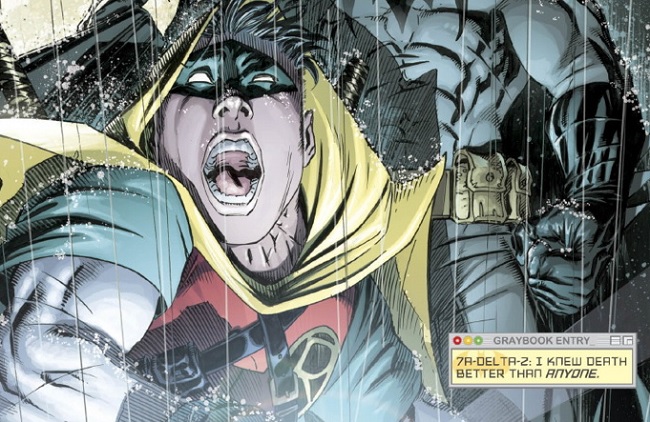 Those who have followed DC Comics with any regularity in the past already know Kubert’s solidly constructed, refined yet powerful art. Perhaps most notably, though, Kubert’s script delves deep into the psyche and motivations of a character who has, under other writers, often come across as a little flat. Left reeling at the death of his father and mentor, Damian turns to means and tactics that Bruce Wayne shunned in his war on crime. That makes the new Batman not only a hero far more dangerous to Gotham’s criminal element than any that has come before, but also a profoundly interesting member of the Bat family.

With this first issue of four, Andy Kubert has laid the foundations for a series that could very easily develop into a Dark Knight Returns-esque tale, free of the bounds of continuity. Batman fans, even those who have found Damian an uninteresting or even offensive character, should be able to enjoy Kubert’s Son of Batman for what it is — an entertaining, imaginative take on the Batman mythos. With solid writing and art from a legendary creator, DC fans have little excuse not to check this one out.