Sometimes the buzz around a new creator or title means events move too fast for even Broken Frontier to keep up. Such is the case with Becca Kubrick’s Dead Girls: Beach Day which is now only available in limited outlets due to its well-received Thought Bubble debut. Kubrick’s style and storytelling has evolved significantly since I first reviewed Coby, Alone back in 2021, as was evident when I looked at Meat 4 Burgers (a collaboration with writer Christof Bogacs) a few weeks back. 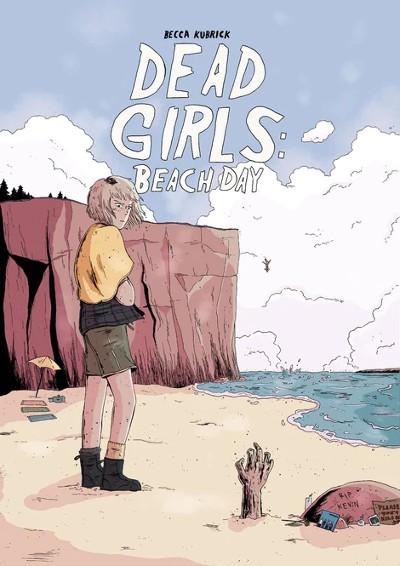 During their summer break Ash, Cassie and Jamie take a trip to a beach that is home to Death Falls, a clifftop diving point that was supposedly the site of a murder during the “Satanic Panic” of the 1990s. While Cassie and Jamie observe the social rituals of the area surrounding the demise of the murdered Weezer-fan Kevin all those years ago, the more cynical Ash is less impressed by the legend. An unfortunate attitude given that the deceased Kevin’s presence at the beach is not quite the urban myth she thinks it is… 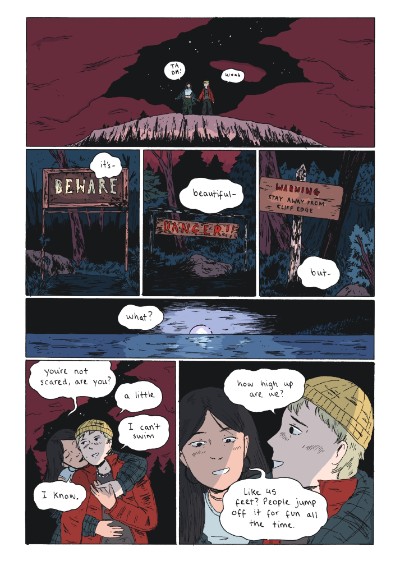 Dead Girls: Beach Day had already caught my imagination based solely on a couple of pages posted on social media that showed an inventive understanding of the specific visual storytelling tools of comics. While its premise of murdered teen returning from the dead to wreak havoc on the unsuspecting is a much celebrated one in the horror genre it’s all about how Kubrick plays with this starting point. Their atmospheric depiction of an environment that should be familiar and benign but has a creepy sense of foreboding throughout supplementing this. 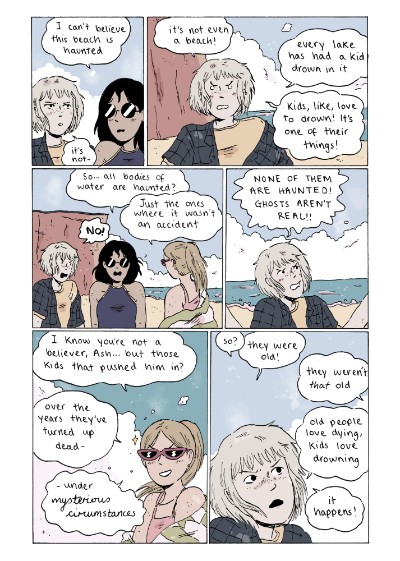 In Ash, Cassie and Jamie we have three central characters whose energetic back and forth, and sparky dialogue, brings us immediately into their worlds; friendships defined for the reader by conversation and interaction rather than exposition and explanation. “Kids, like, love to drown! It’s one of their things!” says Ash in one memorable panel where the true fate of the unfortunate Kevin is dismissed with an ill-advised casualness. 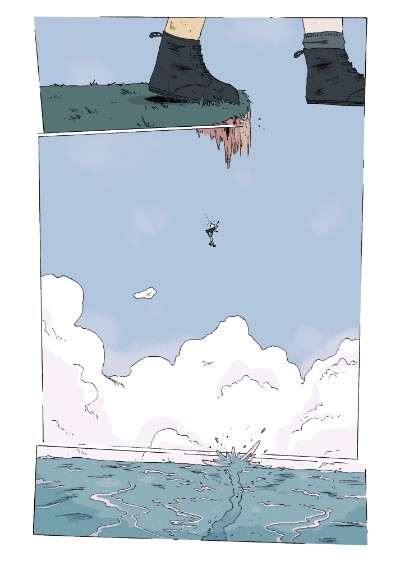 Kubrick’s use of colour is delicate yet quietly striking, giving the beach and its environs a sense of subdued tension. There’s something oddly dreamlike to the characters’ interaction with the locale they find themselves in which only adds to the feeling of impending doom. One page, in particular, stands out (above) where perspectives and panels merge into each other in a brilliant piece of near meta manipulation of the form.

While a complete entity in itself Dead Girls: Beach Day serves as a one-shot introduction to characters that Kubrick has greater plans for. Time for readers… and publishers… to be taking far more notice of Becca Kubrick.