One of our stated commitments to our Broken Frontier readership is the creation of resource lists for work covering socially relevant subject matter or championing marginalised voices. One of those reference lists covers reviews, interviews and features on comics exploring the trans experience. You can browse it here at BF. It’s something we have been slowly adding to, either by prioritising current comics or by giving time to books we may have missed the first time around, including today’s focus Death Threat. 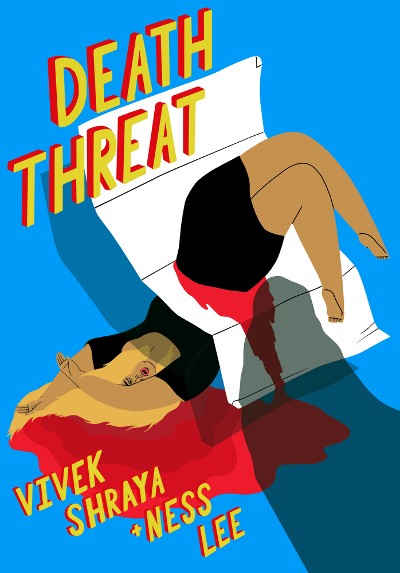 While much of the trans-focussed material we have featured here of late has been celebratory in nature it goes without saying that any project of this nature needs to documenting the full breadth of lived experiences chronicled by trans writers and artists. Death Threat, written by Canadian musician, writer and artist Vivek Shraya, illustrated by Ness Lee, and with colour by Emmett Phan and Hieng Tang, is an autobiographical story that looks back at a period of time when Shraya began receiving transphobic e-mail messages. 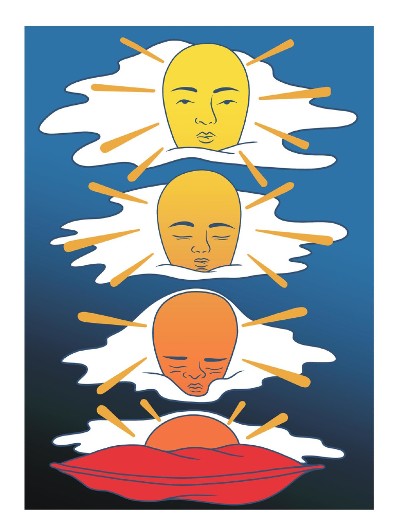 Sometimes the intimacies and intricacies of the writer-artist collaboration – the precise nature of that creative alchemy – are not easily definable by the reader. But while we may not know the specifics of how Shraya and Lee planned out this narrative in terms of their process, the end result is a haunting procession of sequential visual metaphors that detail the back and forth between Shraya and her online stalker. 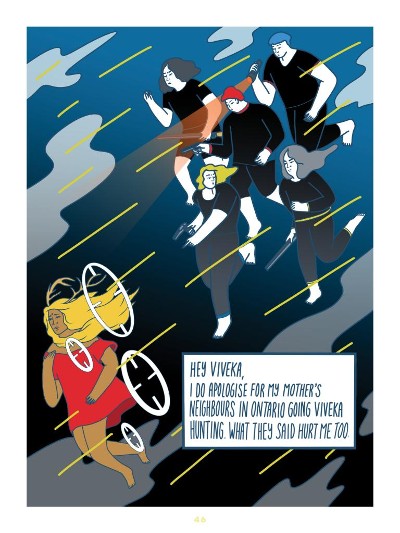 As he sinisterly frames his hate mail campaign as one of concern and a desire to see Shraya renounce her trans identity, the harasser’s ongoing presence becomes a constant presence in her life. His e-mails are presented as written, with Shraya’s reactions to them and her emotional responses brought to a vivid life by Lee’s melting, merging, dream-like visuals. Symbolism becomes a powerful storytelling tool; the e-mailer’s interactions embodied in a black smudge on the page obscuring Phan and Tang’s vibrant colours; a room full of troll dolls typing on laptops represent the ubiquitous nature of online hate; and frequent subversions of computer iconography remind us of how the digital world has been appropriated for socially nefarious purposes. 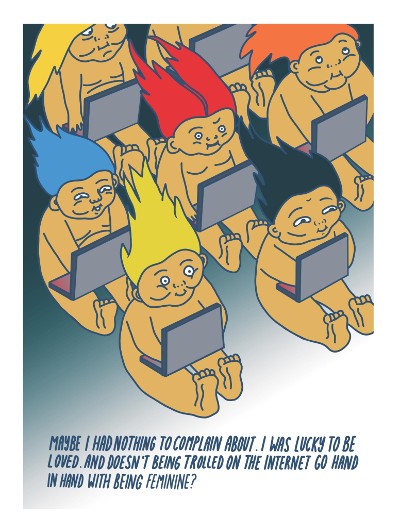 As the story continues it takes on a meta quality; a book about the creation of itself. But the real takeaway from Death Threat is its quiet but undaunted defiance. It’s described as “a compelling act of resistance” on the back cover blurb which is a perfect summation of its narrative mission. Beautifully visualised, uncompromising in delivery, and told with admirable candour, this is required reading for its unique approach to trans autobio work.