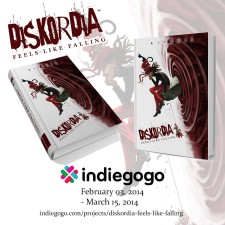 The crowdfunding campaign for Diskordia: Feels like Falling now includes an ultra-exclusive perk at the $100 tier. The standalone issue Diskordia 10 which is scheduled for release in April will now be offered as an exclusive printed edition exclusive to this campaign. This ‘Indiegogo’ edition will be signed and offered along with the previously established rewards including The 330 page hardcover, the poster set, bookmarks and buttons.

In addition there is an early bird version of the tier for $80 available with only 10 spots. 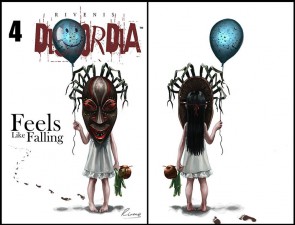 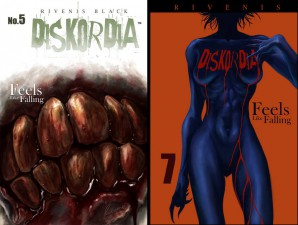 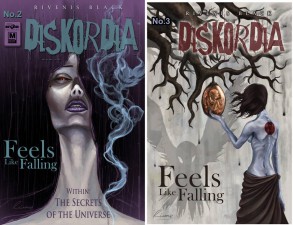 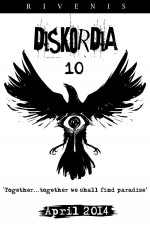 Diskordia is a dark surreal fantasy story both shocking and absorbing which is quickly garnering attention and acclaim throughout indie circles for its colourfully imaginative world-building and characters as well as its captivating and complex story. Currently the first 9 issue volume is available to read for free on the blog.