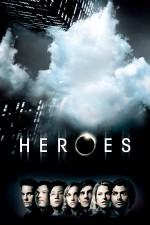 Dynamite proudly announces a licensing partnership with NBCUniversal Television Consumer Products that will bring back one of the biggest primetime successes of the past decade, the superhuman drama Heroes.  Working with Dynamite for the first time, popular writer Cullen Bunn (of Marvel’s Fearless Defenders and Deadpool) will build upon open-ended storylines of the diverse Heroes cast in a completely unexpected way. 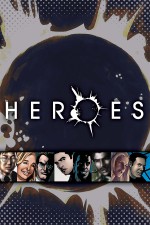 “Like so many others, I was a huge fan of Heroes during its original run,” says writer Cullen Bunn.  “I was drawn to a cast of characters with interesting back stories and development, a setting boiling over with potential, and — of course — the exploration of superpowers in a ‘real’ world scenario. With this book, I have the opportunity to contribute to the mythology of the series in a way that will surprise readers.  When I was watching the show, I never could have imagined the direction I’d be taking the story.  The narrative I’m developing will be multi-layered, complex, and character-focused, and it will shake up the Heroes storyline in a major way.  I don’t think anyone is expecting what we have in store for Claire, Hiro, Peter, Niki, Sylar, and the rest of the gang.”