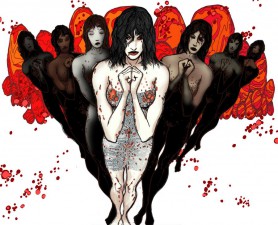 We are very excited to announce the re-launch of Gearbox, a multi-media mash-up of comic book, live-action video, music and illustration. The main link can be found here.

The story of Gearbox follows Xiao, a novice warrior who travels to parallel realities in an effort to derail the advance of the Monocline – a brutal, possessed species that has plagued the universes for years and are holding Xiao’s mentor captive.

Behind it all is parasitic being that is transferred from one person to another like a virus.

Gearbox is filled with dark, sexual undertones and is set in a forbidding civilization. It might be what you’d get if David Cronenberg and Mario Bava got together and made a movie about beautiful, diabolical women conquering the universe.

Created by Mark Steger, the project launched January 17, 2012, & has garnered over 600,000 hits via word of mouth and social media outreach alone.

The re-launch includes an overhaul and redesign to allow for a more linear narrative experience, HTML5 optimization and some new story fragments, which are put up every 2 to 3 weeks.

We invite you to check out GEARBOX and to contact us if you’d like to know more. 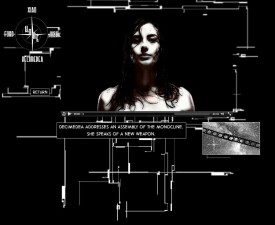 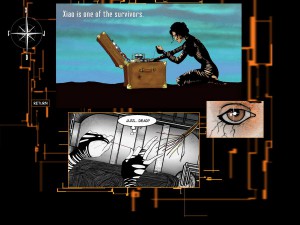 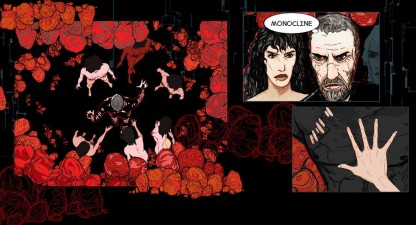 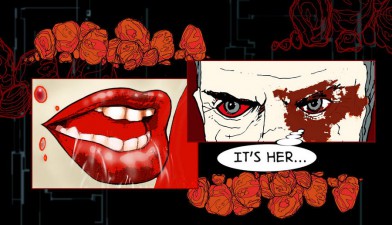 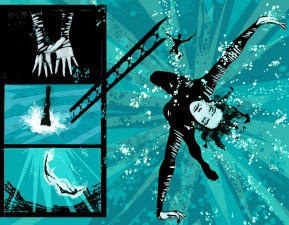 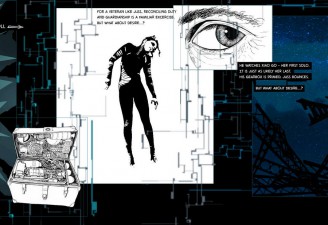 Mark Steger – Creator/Director/Juss – Mark is the director of the performing arts company osseus labyrint, and a choreographer and actor on such films as World War Z, I Am Legend, This Is The End, Men In Black II, & Fright Night. He’s illustrated work for MTV, HBO, Nike and ABC. Mark is a recipient of the Rockefeller Foundation Multi-Arts Production Grant, California Arts Council Fellowship & the Durfee Artists Award. www.gearboxcomic.com/mark/