A huge, bumper set of press releases from Beano publisher DC Thomson today with the announcement of their Heritage Comics collections of classic material. Fans of British Comics have long yearned for DCT to explore their archives in the same way The Treasury of British Comics has been at Rebellion. The down side for some will be that it’s digital-only releases but on the positive side it does bring a lot of work unseen for years back for readers to enjoy. Full details in the press releases below. 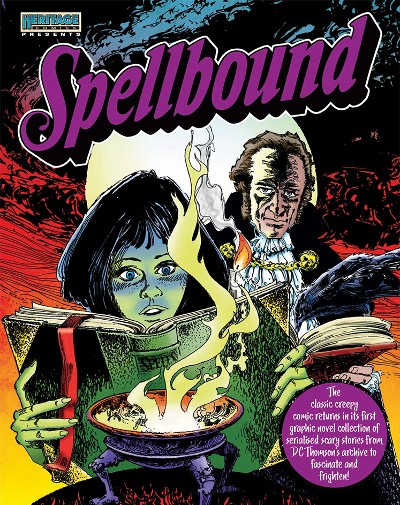 A special chilling new release from Heritage Comics, Spellbound Volume 1 is out now and available to buy digitally on Kindle and ComiXology. With a new introduction, a selection of vintage features, and a cover gallery, classic chills and thrills await inside…

September 1976 saw a strange new publication sharing newsagent’s shelves next to Bunty, Judy, Mandy, and other traditional kids comics. Spellbound described itself as the ‘all mystery story paper for girls’, and it featured nothing but strange, mysterious and spine-tingling tales designed to give its young readers chills with their thrills.

Throughout its run, those readers encountered otherworldly adventure with ‘The Supercats’, schoolyard sorcery with ‘I Don’t Want to be a Witch’, ancient Egyptian princesses stalking the streets in ‘When the Mummy Walks’, and a bewitched time-travelling torch in ‘The Shop at Shudder Corner’. Clearly, Damian Darke — ‘The Master of Mystery’ — was in fine, if frightening company, when he stepped out of the shadows of his library of strange stories in Spellbound‘s first issue.

More than 40 years after it merged with sister comic Debbie, the legacy of Spellbound lives on as it returns to cast its spell in this special collection!

Experience the strange and sinister tales told by the mysterious Damian Darke, with artwork by, among others, Brian Lewis (House of Hammer, World of the Unknown: Ghosts), and get entangled in the enchanting serial  ‘I DON’T WANT TO BE A WITCH!’, featuring early artwork by prolific British comics artist, Norman Lee (Mandy, Judy), whose distinctive style graced most of Spellbound‘s covers. 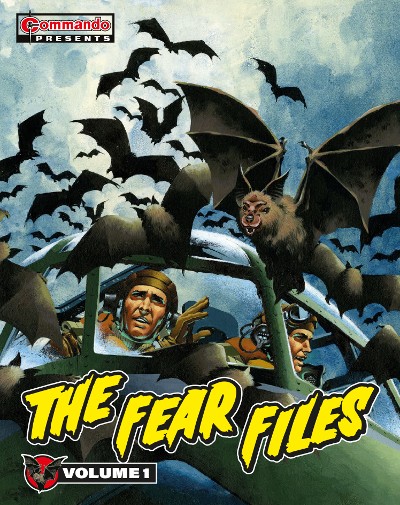 Something wicked this way comes, as  Commando presents… THE FEAR FILES: Volume 1! This digital anthology collects four supernatural-themed Commando comics to thrill and delight readers of all ages!

This collection brings together four spine-chilling 63-page stories from Britain’s longest-running war comic, Commando, in bloodcurdling black-and-white art. Featuring ghoulish vampires, werewolves, witches, and ghosts, this spine-chilling selection of comics is sure to send a cold shiver down the back of your neck!

Get yours on Kindle and ComiXology today!

Commando #104 GHOST WITH A GUN

This fighting patrol numbered the ghosts among its ranks!

Corporal Benny Walker’s name will never go down in history — but he was the leader of the strangest fighting patrol the British Army had ever known. It was some patrol that one!

Benny, six yanks and a couple of ghosts. Yes, the ghosts wore uniforms too — and didn’t they tear into the Germans!

This classic Commando from the 1960s epitomises the golden era of the comic, with a story from the mysterious Du Feu, his only credited Commando, alongside Spanish comics legends Cueto and Chaco — this Commando is going to haunt anyone who misses it!

The tales of vampires in Transylvania were only myths… weren’t they?

Transylvania is an eerie land of legends, of werewolves and vampires, of hauntings and spine-chilling screams in the dark.

Not the most welcoming place in the world to crash-land in at dead of night — especially when your Mosquito has been damaged, not by Nazi flak… but by a swarm of thousands of large, black bats!

This beloved but hair-raising Commando is a fan favourite, often requested to be reprinted — and it’s clear to see why. With an amazing trio of British comics greats, Alan Hebden, Patrick Wright and Ian Kennedy — all at the height of their powers — this Commando is scarily good!

Follow the trail of bodies to Chateau Epouvantail and you’re sure of a big surprise. The Nazis there are bigger than average, stronger than most. They can see the sweat drip down your face in the dark; hear your heartbeat from a mile away. And when you’re close enough to see what big teeth they have, then it’s too late for you, my friend…

‘Operation Silver Bullets’ is a modern Commando offering with bite! Featuring real werewolves experimented on by KEK-W’s script, alongside artwork from veteran Commando artist Jaume Forns and up-and-comer in British comics, Tom Foster — this Commando will have you howling at the moon!

German soldiers feared the night. Their restless sleep was interrupted by a sound caught on the wind — like the knocking of flying broomsticks. Like ghosts, the Polikarpov Po-2 fighters of 588th Night Bomber Regiment swooped in to attack, destroying all that dared to be in their path. The Germans soon began to call these fearsome female pilots ‘The Nachthexen’ — The Night Witches… However, there was more to one of these women than there seemed.

From the twisted mind that brought you ‘Commandos vs Zombies’ comes a freaky foray into the occult in ‘Night Witch’. Georgia Standen Battle cements her place as a mistress of supernatural Commandos, working once again with the award-winning artist Vicente Alcazar, and newcomer to Commando, Mark Harris, to cast a spell on you in this issue! 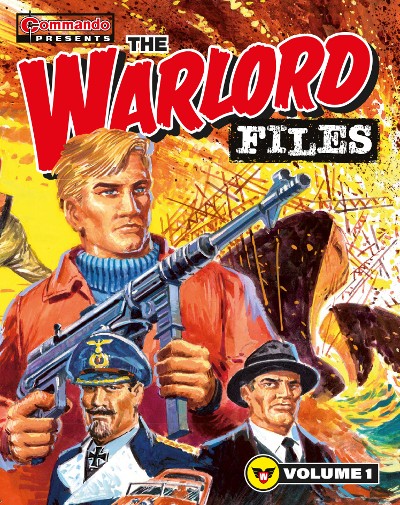 In September 1974, WARLORD was launched, bringing a weekly anthology of action and adventure to comic readers across the UK… and further afield. Amongst the most popular and well-remembered strips was the one starring Lord Peter Flint — Codename: WARLORD. The eponymous character continued to thrill readers every week until the comic ceased publication in September 1986, after an incredible 627-issue run.

Then, in 2019 Britain’s top secret agent returned in the pages of the legendary long-running Commando comic. These two recent adventures are collected in a brand-new Digital Graphic Novel, as DC Thomson’s Heritage Comics and Commando present… The WARLORD Files: Volume 1!

The wartime Scarlet Pimpernel is back. Nazis beware! A defecting German professor in need of rescue? A plan to build the biggest ‘Fuhrer’ class warship of all time uncovered? Though branded a coward, there can only be one man for the job — Flint, Lord Peter Flint… Codename: WARLORD! 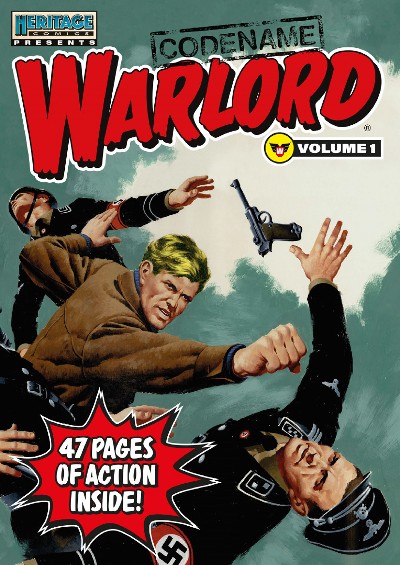 In September 1974, WARLORD was launched, bringing a weekly anthology of action and adventure to comic readers across the UK… and further afield. Amongst the most popular and well-remembered strips was the one starring Lord Peter Flint — Codename: WARLORD. The eponymous character continued to thrill readers every week until the comic ceased publication in September 1986, after an incredible 627-issue run.

Though branded a coward, there can only be one man for the job — Flint, Lord Peter Flint… Nazis beware!

Look out for new Heritage Comics and Commando Presents digital releases on the final Wednesday of every month!