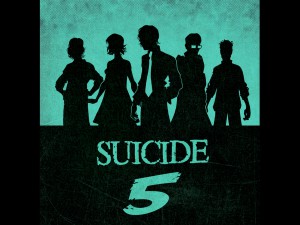 Twisted, funny, and easily controversial, SUICIDE 5 doesn’t pull any punches. Jason Pell, the creator of the acclaimed series ZOMBIE HIGHWAY and WOODY AND THE NOBLE, teams up with the talented Ryan Howe to develop a book that puts a spotlight on how deadly the need for fame can really be.

ONLY AVAILABLE THROUGH KICKSTARTER

The story of SUICIDE 5 is as follows:

Glenn has just committed suicide on YouTube and his friends couldn’t be prouder.

With Glenn’s death a deadly game begins where five friends decide they are willing to do anything to become famous.

With this mission in mind, they draft Mason, a young sculptor with social anxiety disorder, as a reluctant judge. His mission is to record and rate every participant’s performance. Mason watches as his friends die one by one, each more horribly than the last. Accusations of UNORGINALITY, INFIDELITY, and PLAGIARISM make the already surreal competition even more horrifying! 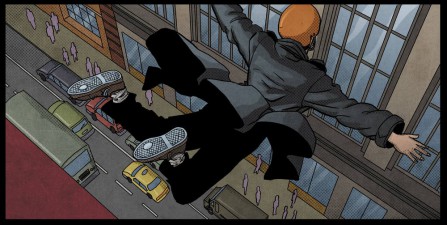