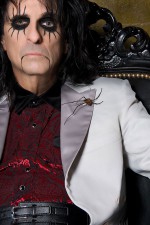 Dynamite proudly announces that The Last Temptation, the groundbreaking graphic novel collaboration between bestselling author Neil Gaiman and rock music icon Alice Cooper with art by Michael Zulli, will return in a fully-remastered Deluxe Edition printing.  The new edition celebrates the 20th anniversary of the project, the first printing since its original Marvel run to be presented in color.  Dynamite makes this announcement to coincide with Neil Gaiman’s appearance this week as a Special Guest at San Diego Comic-Con 2013.

The Last Temptation graphic novel was originally released in three serialized installments in 1994 as a companion to the Alice Cooper album of the same name.  In the story, a boy named Steven (who was previously introduced as a character from Cooper’s album, Welcome to My Nightmare) is tempted by an enigmatic showman — based on Cooper — to join his carnival.  Written by Neil Gaiman and illustrated by Michael Zulli, The Last Temptation was originally published by Marvel Comics, but has been out of print for over a decade.

“I’m really happy that The Last Temptation is coming out for a new generation of readers, who have not seen Michael Zulli’s glorious drawings, or know of the Showman and his wicked ways,” says Neil Gaiman.  “I wrote this a long time ago, driven by love of Ray Bradbury’s dark carnivals and of Alice Cooper’s own pandemonium shadow show.  It’s time for it to shuffle out onto a leaf-covered street and meet the people who don’t know about Stephen and Mercy and show what’s coming to town.”

“I sign a ton of the Last Temptation comics after my shows.  I was thumbing through one of them the other day and I realized that it’s almost the 20th anniversary of them, but you wouldn’t know it because the stories are still so relatable,” comments Alice Cooper. “The conceits and themes are still relevant – the fear of growing up, the desire to stay young and shirk responsibility.  It only becomes more tempting as you age.  Like all good horror stories and nightmares, it’s a morality tale.  It speaks to something bigger than our personal wants and needs, bigger than our cultural principles.  The new generation of readers will be thrilled by this sideshow as the first readers in 1994 were, and those reading it again for the first time in a decade or two will be surprised how real the nightmare and the temptation still is.”

Neil Gaiman is one of the most critically acclaimed and recognizable authors in both comic book and mainstream literary markets.  A winner of the Hugo, Nebula, Bram Stoker, and Eisner Awards, plus the Newbery and Carnegie medals (among many other accolades), Gaiman has written such beloved works of fiction as The Sandman graphic novels, Stardust, American Gods, Coraline, and The Graveyard Book.  Gaiman is also recognized as a champion of literacy and has contributed extensively, in services, publicity, and funds, to dozens of charitable organizations.

Renowned as the Godfather of Shock Rock, Alice Cooper is an icon of rock ‘n roll with a career spanning five decades.  A Detroit native, Cooper has released 26 albums over the course of his illustrious career, and maintains a reputation as one of the most theatrical live performers in history, often incorporating elaborate horror movie and vaudeville sensibilities into his stage shows.  In addition to his musical career, he is an avid golfer, film actor, restaurateur, and radio DJ.

“The Last Temptation is much more than a graphic novel.  It’s an incredible story and a true work of art, a masterful collaboration between a metal maestro and literary architect with a fantastic artist,” says Nick Barrucci, CEO and Publisher of Dynamite.  “Restoring The Last Temptation to its full-color glory is the most fitting way to celebrate its twentieth anniversary.  Fans old and new of both Neil Gaiman and Alice Cooper will enjoy what we have in store for this very special deluxe edition.” 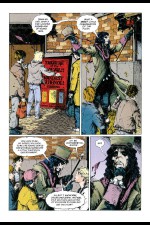 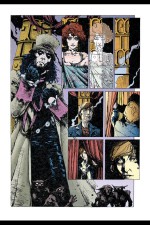 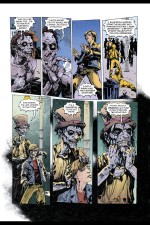 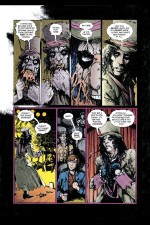 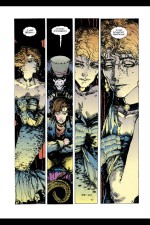