In my most read piece ever at Broken Frontier on getting coverage for self-published work I spoke a little about my reluctance to cover small press super-hero work here on the site, stating that when I have in the past it’s been because “the creators involved have approached them as vehicles for their own storytelling. Not as an audition for writing Superman.” Muralist and comics artist Tom Blackford’s Pigboy Chapter One claims to ostensibly be a super-hero story but this opening instalment of an intended three-part arc feels anything but. In fact there’s not really a single example of any of the standards of the form on show here as yet and, indeed, it’s such a dark opener that even as an origin story it doesn’t so much subvert the norms of the genre so much as totally submerge them. 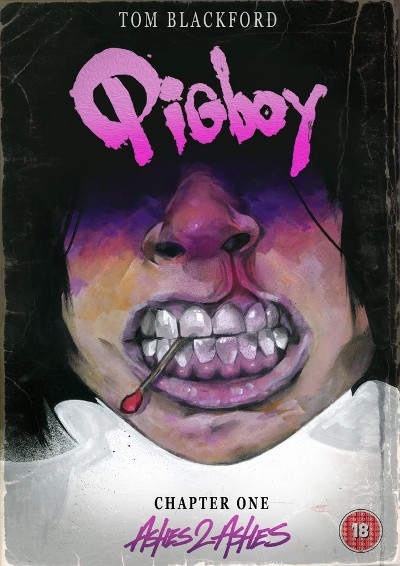 Noah lives in a remote, dilapidated farmhouse with his abusive father. His only company is the pigs they rear, in particular one named Huck who appears to be his only true friend. Huck can seemingly speak but as he himself points out this may only be a projection that the lonely Noah has engineered as a coping mechanism. When Noah decides that he has finally had enough of his father’s bullying behaviour the ensuing confrontation leads to shocking revelations about the past, and sees Noah and Huck set off for a new life in the big city… 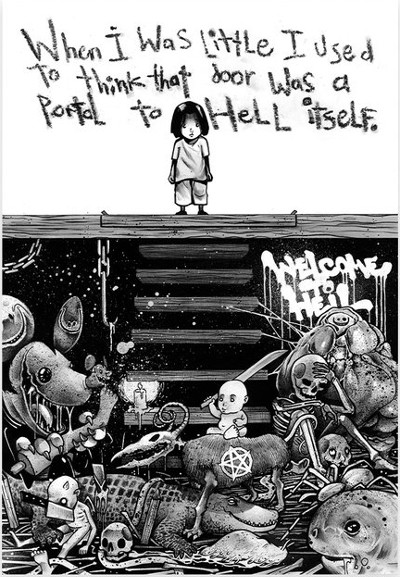 The obvious intriguing question to be asked here is how exactly the purported super-hero elements will materialise in future issues. This bleak opener presents us with a central character who is more a victim of circumstance than a noble hero-in-the-making and whose limited worldview is formed out of tragedy and probable delusion. Blackford’s use of Huck as a possible extension of Noah’s consciousness allows a wry side commentary on events while an extended digression into his dreaming mind provides us with a sequence of visual metaphor that will no doubt be expanded on thematically as the series continues. 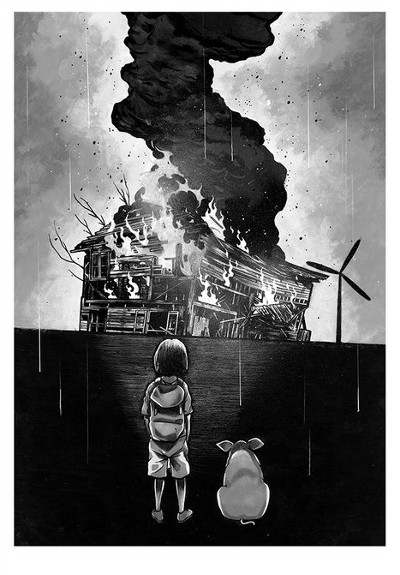 Blackford’s black and white is a strong example of work that wholeheartedly exploits the storytelling possibilities of the monochromatic to enhance mood and atmosphere. Contrasting grey and dark tones ramp up the oppressive and sinister feel of the book, and Blackford roots his story with one foot in the recognisable world and one in an otherworldly grotesqueness. As ever with serialised work a full evaluation will only be possible at arc’s end but Pigboy Chapter One has certainly caught my imagination for its atypical approach to the genre of which it professes to be a part.