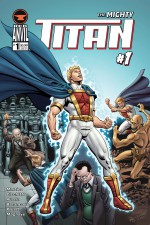 Imagine for a moment that you are the world’s strongest protector—TITAN, an invincible superhero who cannot be harmed by knife, bullet or bomb.  Now, imagine Titan’s mortal, regular-guy alter ego is told he has cancer.  What then?

That’s the premise of “The Mighty Titan,” Joe knows intimately what it’s like to deal with cancer— he’s been diagnosed and has beaten the disease… twice.

“I created ‘The Mighty Titan’ during my first bout with kidney cancer,” says Joe, “It was tough to take my personal experiences and put them on paper to entertain while giving people a glimpse of what I and other cancer survivors I’ve talked to have gone through battling this deadly disease.  It’s our way of dealing.”

Make no mistake: even with its themes of vulnerability, loss and hope, “The Mighty Titan” is a fun superhero comic with vile villains, giant Mechs and amazing mythological creatures.

Concludes Joe, “I’m doing this comic series for my kids, Alyssa, Vincent and Alexander.  How we deal with misfortune defines us. I want them to know that, and never give up… just like Titan.” 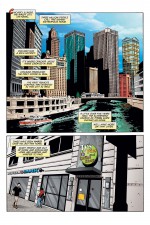 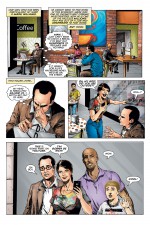 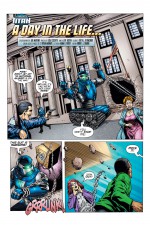 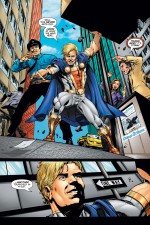 Check out The Mighty Titan in the April Previews Catalog. Item Code: APR141344