BOOM! Studios have announced the next project for the rapidly expanding ‘Slaughterverse’. Book of Slaughter hits shelves in December.

BOOK OF SLAUGHTER Opens a New Chapter in the Slaughterverse 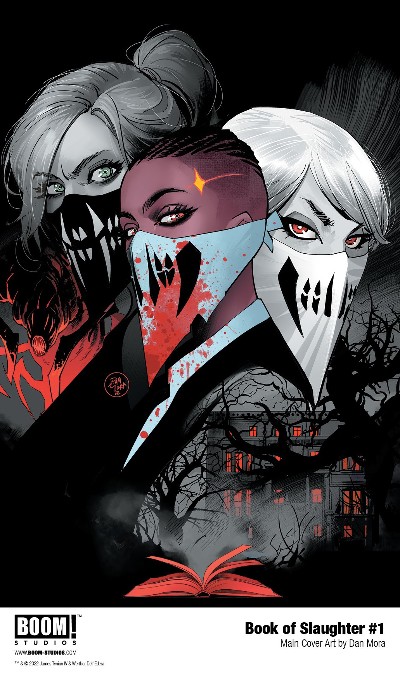 BOOM! Studios today announced BOOK OF SLAUGHTER, the very first one-shot special in the world of the Eisner Award-winning SOMETHING IS KILLING THE CHILDREN, from creators James Tynion IV and Werther Dell’Edera, with colorist Miquel Muerto and letterer AndWorld Design, featuring a fan-favorite Slaughter whose secrets are yet to be revealed, available in December 2022. 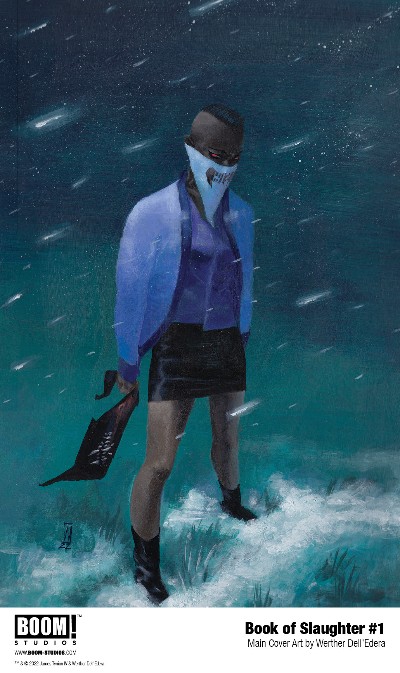 From the sidelines to the spotlight, the White Mask Maxine Slaughter features in this new special issue that ties together threads from both Slaughterverse series… but will her loyalties remain where they have always been, or will she show her true colors?

In addition to being a precursor to upcoming chapters of both Something is Killing the Children and House of Slaughter, this special issue features a sizable guidebook that delves into the deep lore of the Order of St. George! 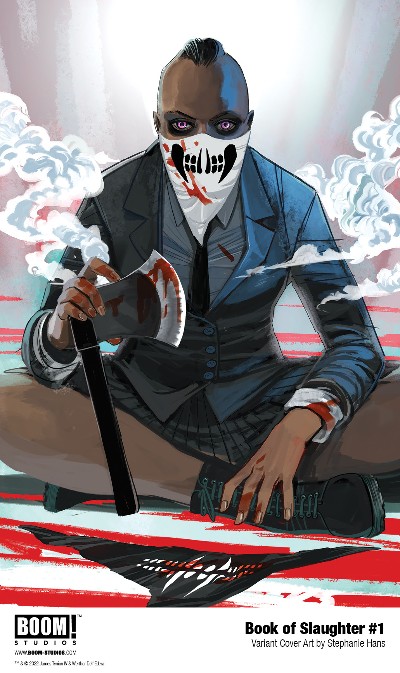 “Ever since the early issues of Something is Killing the Children, readers have reached out wanting to know more of the secrets of the mysterious Order of St. George,” said Tynion IV. “I couldn’t be more thrilled to deliver a story that not only sets the stage for future arcs of SIKTC and House of Slaughter, but reveals more about the organization at the heart of the series than we’ve ever revealed before.” 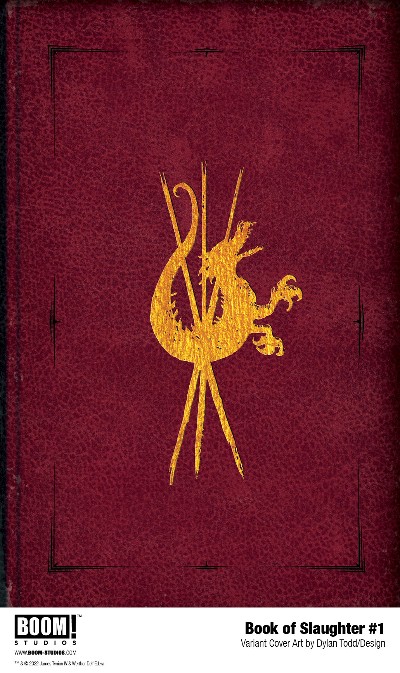 “Erica’s world is bigger than anyone could ever have expected,” said Dell’Edera. “The deeper we go, the more places we find to explore!” 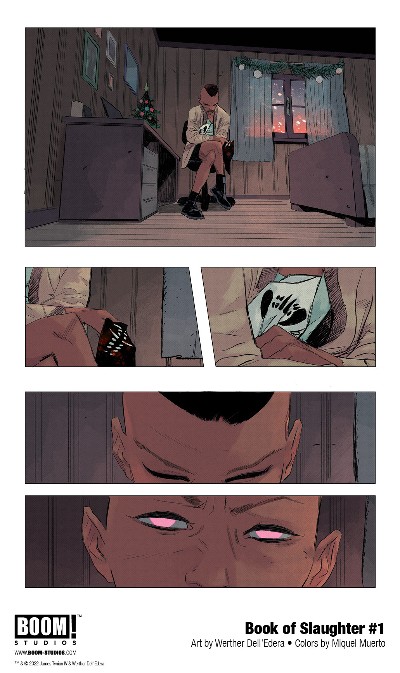 “BOOK OF SLAUGHTER is the next great entry point into the world of Something is Killing the Children,” said Eric Harburn, Executive Editor, BOOM! Studios. “Dig deeper into the mysteries of the House of Slaughter, and discover a whole new set of monsters hiding within the shadows of this explosive one-shot.” 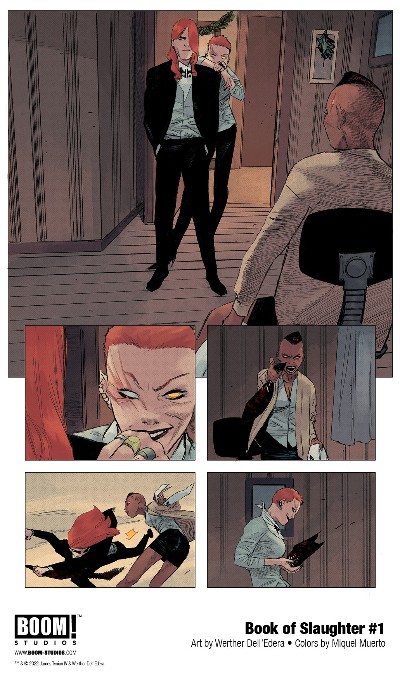 Print copies of BOOK OF SLAUGHTER #1 will be available for sale in December 2022 exclusively at local comic book shops (use comicshoplocator.com to find the nearest one) or at the BOOM! Studios webstore. Digital copies can be purchased from content providers, including comiXology, iBooks, Google Play, and Kindle.