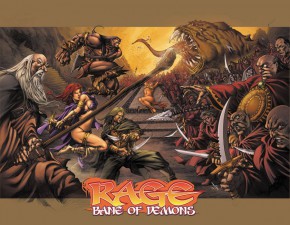 Rage, Bane of Demons is a digital Graphic Novel written by Eric Peyron and painted by Thony Silas. So far, you can check this Graphic Novel as an independent App on the iTunes Store, and buy it to a lot of digital publishers like Comixology, Kobo, Nook, Ave! Comics and Comicbin. Thanks to all these publishers, the first story of Rage is now available on nearly all digital devices.

Thony is now working for Marvel and DC. Amazing Spider-Man: Ends of The Earth was his first work for Marvel. He is currently one of the pencilers on the Venom Series, and is set to be the new penciler of Batman Beyond and of three issues of Daredevil: Dark Nights.

And for Rage, this is only the begining. New penciler Alan Quah has decided to join the fun too, and we are both in the process of creating a whole Rage comic book series!

As you can see on the images below, Alan’s renditions of the Rage characters are absolutely awesome! Alan has been able to build on what Thony did, and came up with something completely original!

Fun and action ! No other words could better define the Rage, Bane of Demons Series. If you have already read the first graphic novel, you know what to expect. If not, it’s available here in numerous digital formats.

Rage Website is the official website of the Rage Comic Series and all other Rage-related projects. This is the place to go for news about the whole project.

You will also find in the Rage Website the first six pages of the first graphic novel, the first nine pages of the first issue, galleries of illustrations by Alan Quah, Thony Silas and a lot of others, and maybe even a surprise or two! The site is here! Go have a look, you won’t regret it! 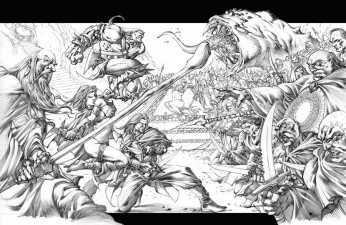 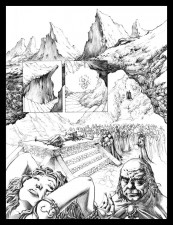 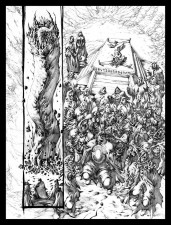 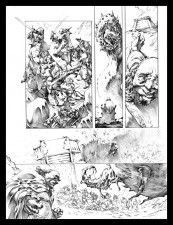 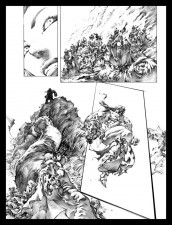 The first issue of the Rage Series is now a crowfunding project on Ulule, and everyone can have a part in the production of the Series ! Pledge for the first issue and you can win digital issues, a free code for the first Rage App, the Rage 2012 Portfolio, and even Lifetime Subscriptions to the digital series!