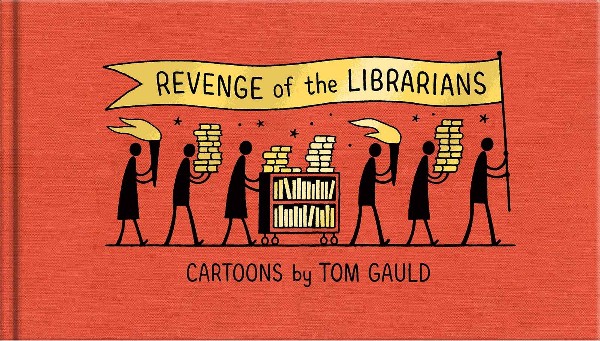 “Perfect cheer-me-up”, is how a reader describes Revenge of the Librarians, Tom Gauld’s latest collection of comic strips, on an online forum. As a succinct critique of everything he does, it is a description that is hard to fault. It also reflects a statement of purpose he admitted to a few years ago, when he described his aim as “just to entertain people and hopefully take their minds off their worries for a few minutes.” 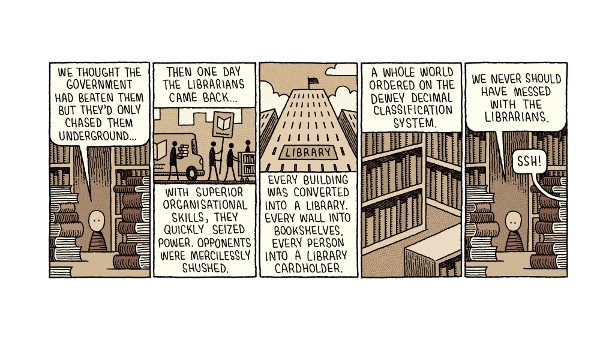 The London-based cartoonist’s collections tend to take shape based upon where they first appear. 2020’s Department of Mind-Blowing Theories, for instance, was curated from his work for New Scientist magazine. This time around they come from his work with the Guardian, and are unashamedly about books, writers, and the people who love them. There’s even a cute borrowing card stuck to the inside cover of the hardback edition, as a reminder of how important libraries are for those who rely upon them. This isn’t to say it will appeal only to those familiar with Pullman, Joyce, and Chekhov though, because although there are panels that allude to them all, there are also those with titles like ‘How To Tell if Your Cat is Interested in the Novel You Are Writing.’ 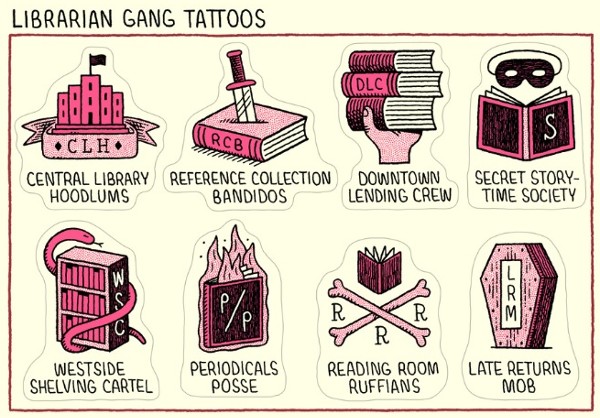 It is interesting to think about Gauld’s day job while turning these pages, specifically considering the rules that come into play with editorial cartoons. They have to be current, obviously, which leads to certain time constraints. They also differ from cartoon strips in the sense that they are more self-contained and don’t allow for the flexibility of building and continuing characters. Then there is the issue of economy, and what tools can be used visually to communicate an idea or opinion with colour, caricature, or anything else a skilled cartoonist may deploy. Gauld’s power lies in his po-faced humour as well as his instantly recognisable art — from iconic single volumes like Goliath or Mooncop, to collections like You’re All Just Jealous of My Jetpack. 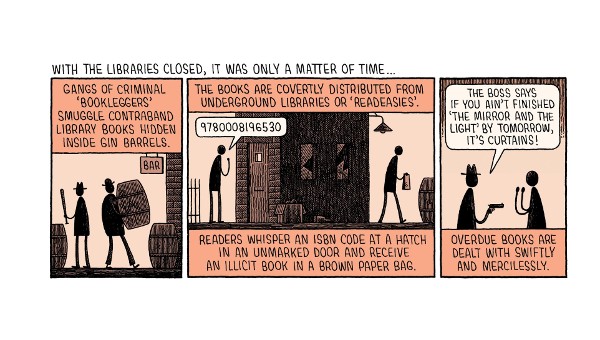 To think of a cartoon as light relief can also be naive, given its ability to distil a weighty topic into powerful analysis, which makes Gauld’s seemingly innocuous observations so compelling. One single-panel comic, for instance, depicts a film set with a giant green screen, and a filmmaker in the foreground announcing: “The studio can’t decide whether they want an Austen or a Tolkien adaptation. So just act surprised for now and we’ll add in a gentleman suitor or an enchanted tree later.” It’s funny, but also an astute comment on how culture is shaped by market forces far from the realms of creators and creativity. 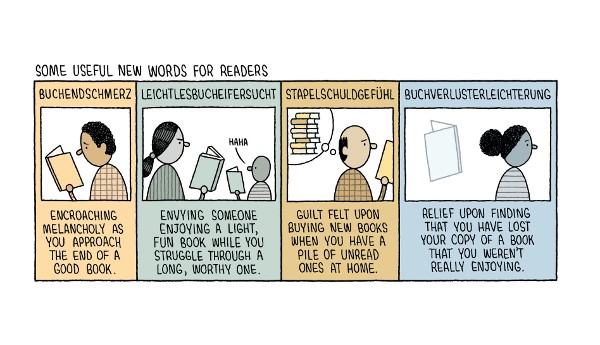 There are also amusing asides such as one listing useful German words for readers: Buchendshmerz is supposedly the ‘encroaching melancholy as you approach the end of a good book.’ Leichtlesbucheifersucht is ‘envying someone enjoying a light, fun book while you struggle through a long, worthy one.’ And Buchverlusterleichterung is ‘relief upon finding that you have lost your copy of a book that you weren’t particularly enjoying.’ This page has even spawned a Reddit thread with German readers discussing if the terms are really made up. 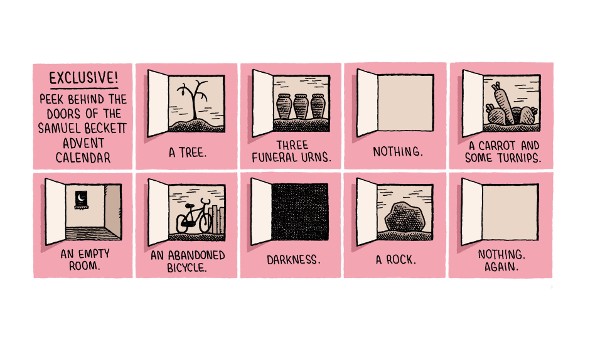 Of the 150-odd cartoons here, some are inadvertently wittier than others, prompting a long pause rather than a cursory look. They almost always incite a chuckle though, jumping across topics and ideas with a lightness of touch that belies Gauld’s firm grasp of literary criticism and culture. Revenge of the Librarians does what Gauld has always said he set out to do and is a great addition to any bookshelf that prizes his work.