SelfMadeHero’s Autumn releases have been announced. For the philosophy graduates there’s exciting news with an adaptation of Sophie’s World, and there’s new work from the Eisner-nominated Rickard Sisters with No Surrender. More details in the press release below.

Contemplating the global events of 2022, we might remember the words of the old song: “We’re living  in a changing world, my dear” – but also realize that everyone always has; and that, whatever happens, “New dreams are dreamed, new dawns appear”. So what better time to celebrate the bright and vital things of life? Like human solidarity; artistic creativity and freedom; political equality; beauty… SelfMadeHero’s philosophy in a nutshell! 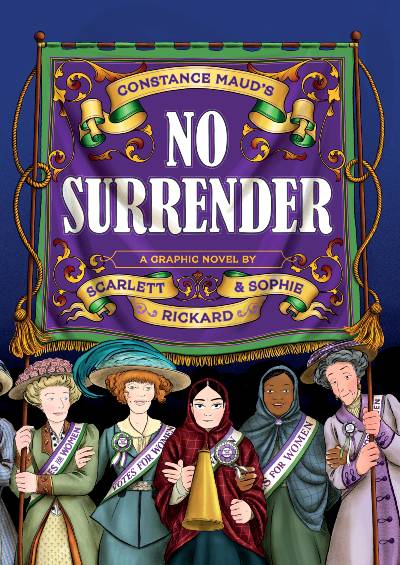 Following on from the success of their Eisner-nominated graphic novel The Ragged Trousered Philanthropists, the Rickard sisters are back with another sumptuously faithful adaptation, this time of Constance Maud’s pioneering novel from 1911, No Surrender. Maud once stood tall at the heart of the British campaign for Votes For Women, and her book at once explained, reflected, and crucially advanced the Suffragist cause. Now brilliantly realized as a graphic novel, this stunning new release embodies both elements of that rallying call that has echoed down the years: “Deeds Not Words!” 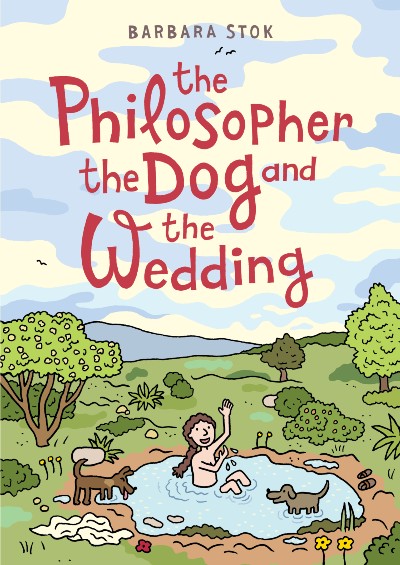 SelfMadeHero’s own rallying cry to promote the heroines of history also comes in the form of acclaimed graphic artist Barbara Stok’s new book The Philosopher, the Dog and the Wedding, which tells the true story of Hipparchia, one of the earliest known female philosophers. The enlightened teachings and contrarian ideas of this brave 4th-century BC devotee of the so-called ‘Cynical’ movement in Ancient Greece, rejecting established hierarchies of patriarchal wealth or social position, continue to resonate in the 230 centuries since her death. 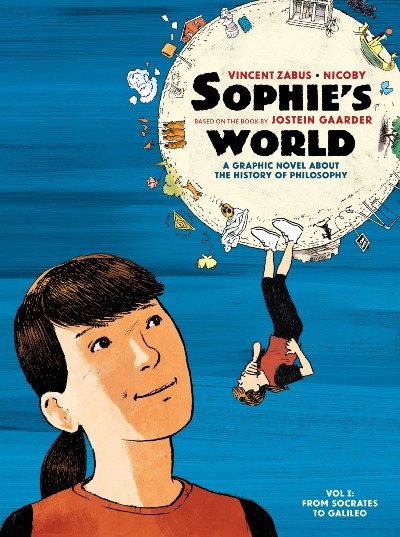 Philosophy is, literally, the love (philo-) of wisdom (sophia) – which is where the heroine of Jostein Gaarder’s cult 1990s novel Sophie’s World gets her name. Receiving an anonymous letter one day,  asking simply “Who are you?”, her search for an answer takes her – and us – on a voyage of discovery.  We are proud to announce Sophie’s World: A Graphic Novel About the History of Philosophy. With this first volume, From Socrates to Galileo, French creative duo Vincent Zabus and Nicoby’s adaptation of this classic translate the quest for fundamental meaning into a whole new medium. 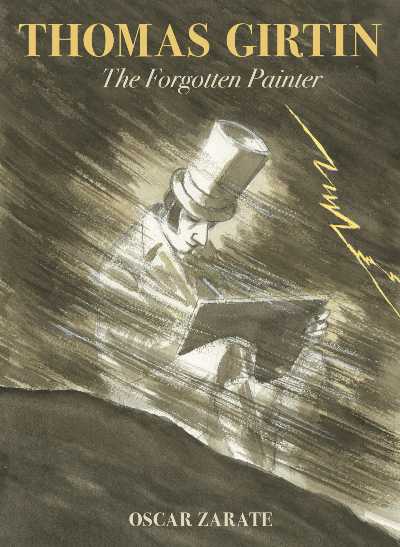 And talking of voyages of discovery, this Autumn also sees Thomas Girtin: The Forgotten Painter, the long-awaited new work by veteran graphic novelist Oscar Zarate. A friend and rival of the great J.M.W. Turner, by the time of his early death in 1802, Girtin had already established himself as a genius of watercolour. Interweaving historical narrative with modern fiction, Zarate’s own masterpiece pays unique homage to this neglected pioneer.