Framing the recognisable in the fantastic has always been a clever narrative tool for underlining the universality of certain human experiences. In the first volume of Space Trash, published by Oni Press, cartoonist Jenn Woodall takes those formative teenage school years and transplants them into a future setting; one where high school rivalries take on an extra level of drama but remain essentially familiar. The circumstances may have changed but the details echo events that we have all lived through. 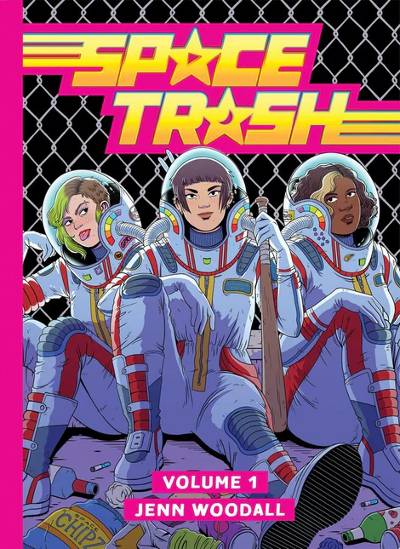 Space Trash is the story of Yuki Goro, Una Nichols and Agatha Cleary (who insists on being called “Stab”, a name which has zero cool factor to anyone else but her). The trio are students at Hypatia Secondary School, a rundown institution for the underprivileged that is part of the lunar colonisation. In the early 22nd century the official line is that the Earth is no longer fit for habitation and humanity has now begun the move out into the stars, establishing societies on the moon and Mars. But in the course of their tedious schoolday routines our protagonists are about to make an unlikely discovery. One that will set them off on an entirely new path, as adventure beckons… 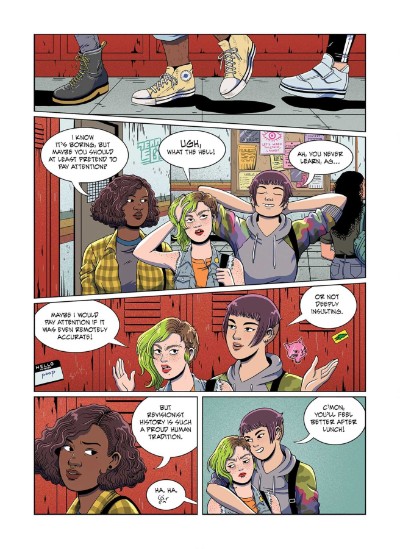 Woodall mixes science fiction, coming-of-age drama, and motifs of environmental destruction together in a tale that captures all the hierarchies, territorialism and politics of the school social structure. It’s an initial chapter that is more about the set-up for what is to come but such is the authenticity of the sparky dialogue between the cast, and the speed with which we warm to them, that it’s not until we hit those final pages that the true direction of the series becomes apparent to us. 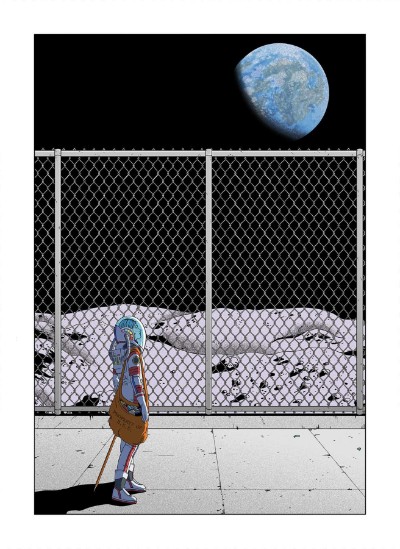 There’s a loose realism to Woodall’s art here with characters occasionally morphing into exaggerated versions of themselves to emphasise emotional extremes or more comedic moments. Colour is intelligently applied, carefully contrasting the vibrant interactions of the cast with the intense claustrophobia of the drab school building. Space Trash Vol. 1 is a genre-mashing opener that engages in world-building through an emphasis on characterisation rather than environment. One to watch for sure as the story progresses in 2023.